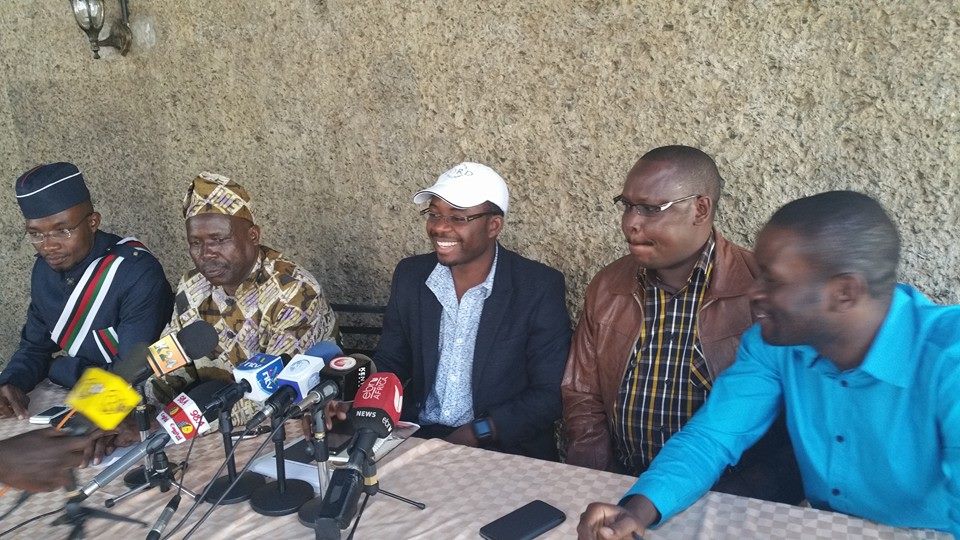 Photo: Mashinani sensation Silas Jakakimba at a press conference where he announced his special purpose vehicle for the 12thFeb 2015 by election
By Joshua Odhiambo Nyamori
This is indeed a perfect opportunity for Homabay electorate to break new grounds and set an example that tyranny, in whatever name, can be defeated. It is clear that Moses Kajwang’ does not enjoy the confidence of majority of the county citizens, and that the voters wish to vote against him.

But the voters of Homabay must be warned. Unless they unite around the most popular candidate, they are bound to lose to Moses Kajwang’s team.

With more than five candidates running, its clear that votes will be split along clan and other lines. Let the voters not forget that, even with the unpopularity of its candidate, ODM has an entrenched structure on the ground, that probably none of the other candidates will benefit from, whilst Raila Odinga may whip the whole or a major part of it in favour of Moses Kajwang.

With pockets of votes here and there, supported by the party structure, Kajwang may pull a surprise, by winning, not as the most popular, but rather, as the most unpopular candidate who could mobilize and get out most of his votes.

My advice to the voters of Homabay who are opposed to Moses Kajwang’s candidature is that they must identify and rally around one candidate. The other aspirants should be persuaded or pressurized to sacrifice their ambition for the most popular amongst them. If they refuse, the voters should simply ignore them and identify one person to support.

Homabay voters must remember that this struggle is not simply about them. Many agents of change in Nyanza are praying for them to succeed as this will be a manifestation that it is possible to defeat tyranny in the region