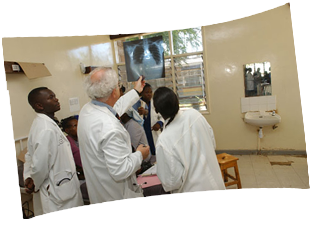 Today friends allow me to deviate a little bit from the prevailing political and social economical scenes and share a word pertaining our health. Most of us once in lifetime we must have had a stomach ache or Stomach cramps or stomach pains which most of us generally term as stomach ache. However, how many times or rather on how many instances have we taken this with seriousness it deserves? Most often not at all, weâ€™ve ended up attributing this to poor hygiene, undercooked food or poisoning. This most of the times leave seeking no further medical intervention or even rushing only for the Over the counter drugs.
Today I would like to share with you that it may not just be a stomach ache, but your ticket to resting under six feet of sand. What we refer to stomach ache, does not only occur when we take undercooked food, dirty food or when we are poisoned. Stomach ache comes in different ways and based on professional interpretation, the cause and prognosis can be known hence timely medical intervention sought to prevent possible losses.
Stomach ache/ Abdominal pain in addition to the above can be caused by:
â€¢ Intestinal twist, whose treatment is only a gastro-surgical surgery and may cause sudden death if immediate intervention is not sought.
â€¢ Ulcers.
â€¢ Lactose intolerance.
â€¢ Lethal Poisoning whose treatment vary depending with the type of poison. This cause prompt death if medical intervention is not sought immediately depending with the type of poison too
â€¢ Constipation can also cause abdominal pain which most of us shall regard as stomach ache. Prolonged constipating without medical intervention can similarly cause medical complications.
â€¢ Crohnâ€™s Disease which mostly affect intestines.
â€¢ Irritable bowel syndrome commonly in women than men.
â€¢ Diverticulitis, inflammation of diverticu, â€œpocket foldsâ€ found in the lining of the colon.
â€¢ Gastroesophageal reflux disease whose pain is mostly felt at the sternum or behind the breast borne, also this can be confused with
â€¢ Hiatal Hernia which if not corrected within a spun of six-seven days is likely to cause death.
â€¢ Thyroid problems.
â€¢ Pelvic inflammatory disease commonly caused by STIâ€™s like gonorrhoea and chlamydia.
â€¢ Gluten intolerance; gluten is a protein commonly found in wheat and barley.
â€¢ Gallstones.
â€¢ Pancreatitis.
â€¢ Malignant tumours in the abdominal area or as commonly known cancer.
â€¢ Appendicitis, inflammation of the appendix.
â€¢ The commonly neglected by pregnant women, Ectopic pregnancy.
â€¢ Endometriosis also found only in women.
â€¢ The most awkward and rarely accepted, stress.
A qualified medical personnel is able to perform a series of test including your medical history plus other accompanying symptoms to pin down the cause of your abdominal pain, the so called, Stomach Ache.
Therefore friend as you rush to buy that flagyl, first asses what could be the cause of that ache. That money you are buying Flagyl and Piriton so as to get sleep for just one night and people start wailing could be enough to take you to a qualified medical practitioner whose observation and final recommendation could save a life we need in the near future.
Remember, It is not just a stomach ache, but may be a free ticket to lie under six feet of sand.
Your Health, your wealth.

The Author Is a Medical Student, Pursuing Bachelor Of Medical Laboratory Science.