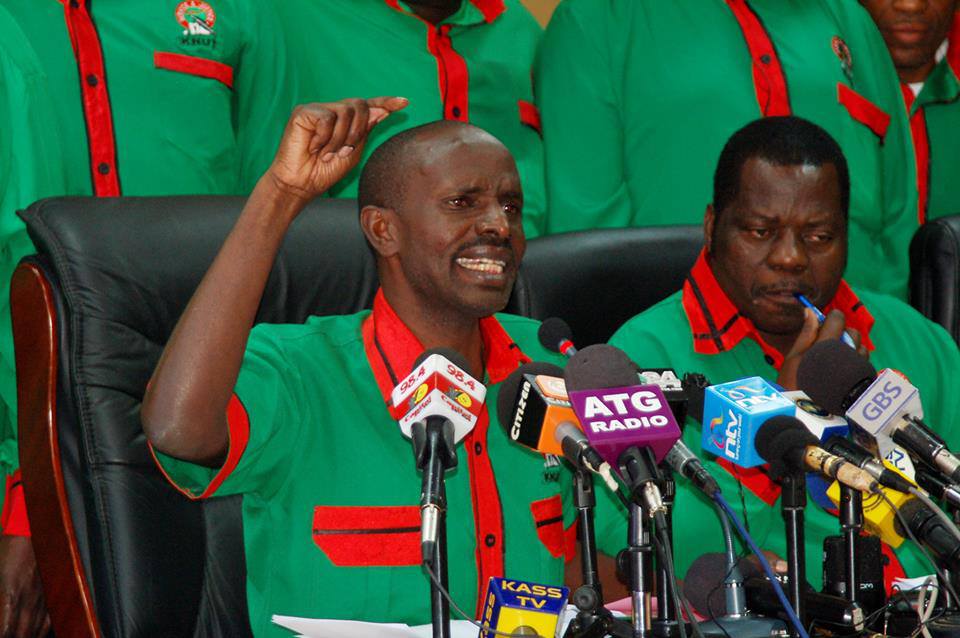 The Kenya National Union of Teachers (KNUT) Chairman Wilson Sossion cuts the image of a tough, battle-hardened, fearless, daring and committed leader who has the heart to fight for the down-trodden in the society. It is this image that has endeared him to the Kalenjin nation as a whole. Or maybe, its a facade of a pathologically ambitious leader who is keen to use the teachers as a platform to launch a political career.

There is wild excitement in Kalenjinland that â€œat last a replacement forâ€ or a match for the politically skillful William Samoei Ruto, the doyen of Rift Valley politics, has emerged from the ranks of the fearless KNUT leadership. It maybe so, but its still to early to make a judgement on his intentions.

The Kalenjin nation, a group that prides itself in war heroism, seems to have been seductively bewitched by Sossionâ€™s war antics with the Teachers Service Commission and thegovernment at large.

He has risen through the ranks from a high school teacher to be the Chair of the giant KNUT which commands a near â€œfanaticalâ€ following of its 200,000 congregation of teachers.

Sossion has managed to rally this following due to his astute leadership or maybe by exploiting the woes of the ordinary teacher. His word has been read like the holy writ by the teaching fraternity. Every time he sneezes, the education sector has caught a cold.

In a meeting with Principals at Wild Waters in Mombasa in June this year, Sossion promised the government â€ a battle never seen in history.â€ He seems to have kept his word with the delivery of the current crippling nationwide teachersâ€™ strike.

What is worth noting is that Sossion has upped his game by taking it to the doorstep of Deputy President William Ruto. In a twitter post to the Deputy President, Sossion bemoans: â€Surely Willy we can drop the laptop scheme and pay the teacherâ€¦it makes lots of sense.â€

Sossion has always endeared himself with the masses. He seems to have struck a chord with them. He has persistently reminded the government that teachers are not â€slaves.â€ He recently termed Coast Governer Johoâ€™s decision to sack over 1,000 workers â€another form of neocolonialism.â€

Sossion has always fought for what he believes in strongly or maybe what he wants us to believe on. He is quoted saying: â€If people can actually be jailed for fighting for what is rightfully theirs, then God shall surely give us justice.â€

Wilson Sossion derives his energy from his religion. He is deeply religious and believes in a God who â€shall make a way where there seems to be none.â€ Pundits opine that Willam Samoei Ruto must watch this man Sossion with his eye-glasses on. There are already â€œSossion-for-presidentâ€ chants from the striking teachers.