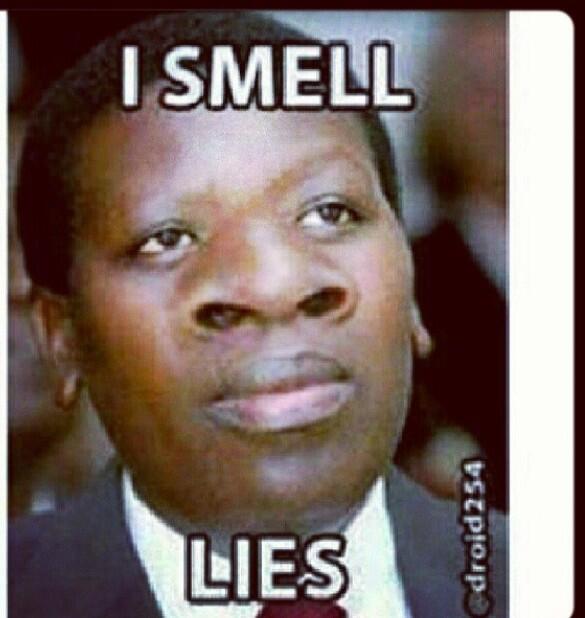 Although i perceive this with obsequious odium that it has come too boot belatedly, but as the adage goes: better late than never, a little bit of petite elation comes back to invigorate me to put pen to paper about this any way even with the dwindling hope that it might not meet the threshold of attention it deserves or that it could have been met with had it come on opportune time.

Assuming that you only managed a smidgeon comprehension of my instigative paragraph, the salmon fish in this fresh water of mine, is the chivalric arrest of comrade Dikembe Disembe and is the prelude, the foundation on which my lingual verbosity in Elizabethan verbiology is converted to digital pen and paper and to be egregious, my vomitorium mephitis against the persons who committed that zinjanthropic act and not the act itself is premised, as I am going to exhibit in a jiffy, that is, if you will be patient enough although patience singularly is not sufficient, precisely if you will manifest just a scintilla of irascibility.

Without stammering encryption of my intention beyond the supple perimeter, let me disgruntle or decipher to miniscule and consumable levels, explicatively to a walk in the park lust which might not be a pie bite job given what happened to former chief justice Evan Gicheru when he went on a walk in the park at Aberdare Country Club, Nyeri County. So it is not easy folks!

The arrest did not elicit a cornucopia of indispensable reaction from us, us on the odd side of the coin called Kenya as anticipated which to magnanimous extent befuddled our brothers from the other side, even side, tyranny of numbers side whose joy were catapulted at highest velocity by the arrest,. The converse in this Siamese context, zilch of error, (misconstrue ion, and perception, misconstrue ion and perception only flowers misconception,) is true. In the end initiatively, subsequently and ultimately their joy was ectopic, this we perceived sound of as soon as his arrest was imminent. We bothered less.

We bothered less, not because we were not beleaguered by concern of Dikembe Disembeâ€™s intrinsic rights infringement, but judging from where and how we grew up, it was needless to act big about small things or as PLO Lumumba Say, responding to a mosquito nuisance with a sledge hammer is asinine. I know that you have already started misperceiving me, stop because I am not in any way belittling the vacuous and boorish treatment of comrade â€ª#â€ŽDDâ€¬ needless to say that the fatuous arrest being hooeyic couldnâ€™t trigger a drop in an ocean, in our high octane cerebral and intellectual quotient software. Remember, in Barrack Obamaâ€™s Mother tongue there is a say that says â€œwich e dhanoâ€ this is exactly what #DD is and thatâ€™s the woman behind the reason why we do not depend on tyranny of numbers, the reason we disparage it with contempt as Stone Age.

We on this side not tyranny of numbers side have a history and that is why we never say that the rest is history instead we face it with automatic potency and as I alluded to albeit infinitesimally in my immediate previous snippet on how and where we grew and lived, be patient and depend upon it that I am now starting to illuminate sound of it.

To some extent many extents if at all extent can be pluralized, and to only give a translucent luminosity on our days growing up, translucent because I do not want to open a Pandoraâ€™s Box of reminiscences which will consequently lead to gratuitous pandemonium and emotional fisticuffs. However, it can be comprehended without any levels of incertitude that we grew up like the desert organism if that will decipher the metaphor of our sequestration then and its oblique and infinite hope of its end.

Then, those days, behind the present, our lives were gobbledygook in plethora of barren hope for the future and impoverished prospects for tomorrow, precisely, even with myriad of the petite resources whose abundance only left us in want. Life was cantankerous especially when our left was the others right. That we are here today with capabilities of being seen as a threat to the monstrous mightys especially when premised on such a past, unequivocally assuages any potential hullabaloo that the buffoonery arrest such as the one Dikembe went through can pervert our and take away our cerebral software.

Remember we did not have a Moi to recruit us in the YK92 as some from the tyranny side had, we did not have a Jomo either, to be euphemistic, we never had a government to defend us, we have never had the one we had was to oppress us even the Raila we had was put on detention under circumstances that do not guarantee life beyond 50yrs but like the piranha fish we survived instead of consuming the decoy food on the fishermanâ€™s bait, we ate the fishermanâ€™s bait instead. The oppression did not take away our IQ software. And look Agwambo is living beyond 70yrs.

We watched, some of us read the excruciating assassination of Tom Mboya but his efforts still swam through the storm of death and exhibited in the impossibility of president Barrack Obamaâ€™s presidency which came to bare. The assassination tactic did not end with Mboya but lived and mutated to Prof Mbai but still the IQ remained. His stand on devolution in the Constitution of Kenya Review Commission which caused his death is the cornerstone that gives our constitution the strength it has today, yet still it is the condiment that gives our constitution its flavor. We accepted these deaths with the choice of getting answers being traumatizing and because of course none was given, none was going to be given either and this added pepper to the already salted injury.

With those aforementioned duress, emergence of such people like Prof Washington Odhiambo Okumu were not encumbered, in fact he was the brain behind the truce between Buthelezi and Mandela succeeding where his seniors in the Carrington mediation team failed, thereby diverting the looming genocide in South Africa.

Assuming that the fusion of my Germaine snippets are not made excrescent, due to necessary interludes,

The question is, is it not stupid to think that Dikembe Disembeâ€™s arrest would diminish his brilliance and those of us whom they anticipated to throw to freezing bag of trepidation and apprehension?