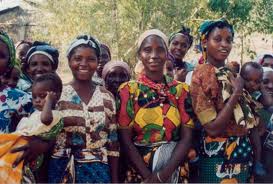 The Kikuyu (Agikuyu) are Kenyaâ€™s largest ethnic group with a population of slightly over Seven million; the descendants of Agikuyu and Amumbi are the salt of the nation. I look at them with admiration. They are just a nice people to behold!

Spread all across the country though there ancestral home is in Central Kenya, they are a hard working people; always looking for opportunities to develop themselves and often careful not to step on the other peopleâ€™s toes.

The Agikuyu are the majority employers with better terms in wages, salaries, pension schemes and other employee benefits. They have no time for petty commotions with the neighborhoods (at least they DONâ€™T participate in cattle rustling) and easily take the path of peace in conflicts.

I donâ€™t desire to do a comparative study between the Agikuyu and other communities BUT just expressing my gratitude to the offspring of the great nine daughters.

The Agikuyu are not mad at anything, as I write this piece today, many communities jostle and fight for dominance or political power. If they are not wining over ancestral land and demanding others to vacate then maybe they are crying that one of their own must be president! That is the disease that Agikuyu do not want to contract.

The Agikuyu are calm and are ready for any leader; whether from among them or elsewhere. They have a lot to defend but they seem to believe that any good leader can suffice and of course the rule of law shall prevail to protect them. That is the faith we want for the nation. That is what we should all believe in if Kenya is to progress.

Not keen on doing anything to please anybody, the Agikuyu are busy people, they have buried their lives like seeds that sprout tomorrow for a competitive future. Though power is currently held by one of their own, they do not politic round the clock seeking to find fault with anyone. Yet politicians among them do their occupations actively and effectively.

Today I admire the Agikuyu for another thing; they are ready to vote for Kenyans on merit. If other communities can emulate them then the nation would get a better leader in the upcoming elections. We want someone who merits leading a sovereign land like ours to a hopeful future. We want someone who can guide implementation of the New Constitution by spirit and letter. We want a ripe leader and not a pretender, he or she need not to be rich but just focused to steer our country to new heights. We want a people leader and servant; yes, one who aspires to inspire! That must not be necessarily “one of our own”. That must be one with a proven people-record. That must be a national figure.