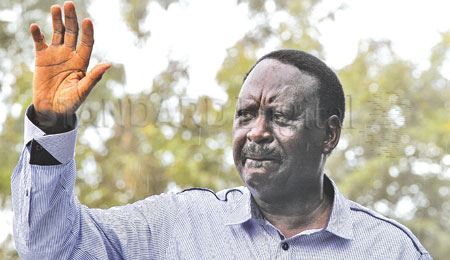 After holding brief in the Kirui Commission which investigated the Artur Brothers, the report has never been released, Kenyans should have known the IEBC chair lacked core to lead an electoral body through a democratic transition.

The conduct of Kenyan elections portrays a national character of people having no qualms with dishonesty.

From top IEBC officials to lower cadre-the clerks, there apparently was a clique too willing to interfere with the credibility of the results.

In my Opinion, Odinga speaking about the need to restructure the IEBC is first giving the body the publicity and credibility it sure does not deserve. IEBC died long time ago. It’s Chair, Mr Isaac Hassan, is a man who may never recieve an invitation in any world country to share his thoughts on how to conduct ‘credible’ polls.

Electoral malpractices in Kenya is an institutional problem with historical connotations. Credible elections in Kenya will require a change not only in the institutions but also in the national character of Kenyans.

IEBC as presently constituted may not conduct the next polls. Another group, seen as clean and incorruptible, will be cobbled up. They will be presented as angels and Godsend, until they bungle the next polls and let the circus continue.

We must undergo permanent attitude change in our national character.