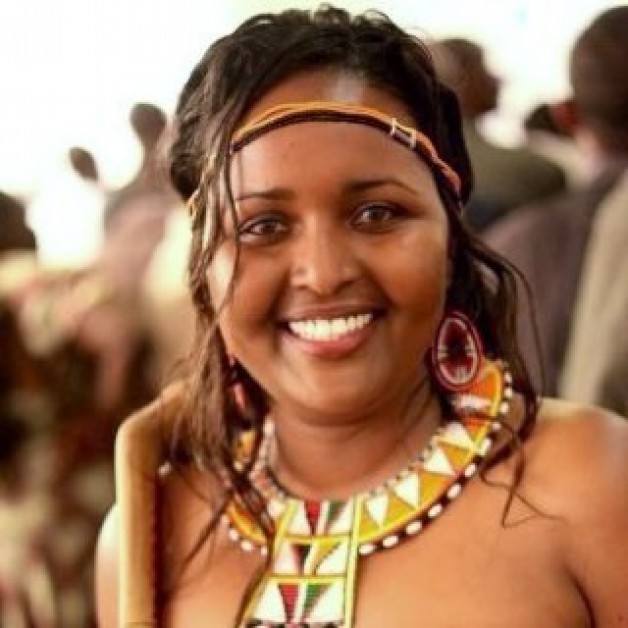 The Shining And Unbreakable Life Of Senator Naisula Lesuuda, The Rose That Grew From Concrete

Her name is Senator Naisula Lesuuda. And she is pretty and brilliant. There is nothing unremarkable about this shining armouress, a pathologically successful overachiever who hails from the annoyingly underdeveloped Samburu County. And if there is, itâ€™s not what you think.

Lesuudaâ€™s story is heart-wrenching. Itâ€™s soaked with pain, tears, blood and ridicule. And how she overcame the first two rather insurmountable mountains; but she is yet to overcome later.

Scraping through a daily recipe of hard work, prayer and the refusal to let hope fade away, she navigated her journey from the cruel terrains in sweltering Samburu plains before landing in Nairobi, an overrated and somewhat deceiving Â city that fascinated and intimidated her. But she was not the type to be intimidated maybe because she was raised on grotty by rich diet of blood and milk, sugarless porridge and oilless food. She was a female moran, a girl was lacked the luxury of being raised watching Disneyland flicks like The Princess Diaries, Brokeback Mountain, The Devil Wears Prada, and Rachel Getting Married. A girl who saw one star ahead of her, but vowed to multiply them into what would become a constellation on the sky; a single galaxy representing millions of Kenyan girls who never had a chance to live their dreams.

Hoping against hope, holding back tears and wrestling all obstacles, the young girl tightened her belts and hit the city life running; then the runway flying. And then, friends said, she made a decision to become a permanent fixture in the Nairobi scene that is as plastic as it iron-clad.

One day, she landed in KBC, the dysfunctional state broadcaster. She knew she was an ordinary woman who would do extraordinary things. She knew that along her way, laden with treacherous landmines masquerading as men, beer and social life, she would take missteps. Horrible mistakes. Silly mistakes. Annoying mistakes. Like many others, she would outgrow them and then to learn from the past.

At KBC, every day was a boring day. Surrounded by boring people; working in a boring station; life became boring. But, things would change in Lesuudaâ€™s life journey when a misfortune struck; snuffing lives from her villagers, childhood neighbours and maybe childhood boyfriends. On September 15, 2009 while in the nondescript office; she received a disturbing call from a KBC field officer alerting her that ten people had been killed in cattle rustling at Naibol Kanampiu Village in Laikipia pitting warriors from the Pokot against Samburu, two warlike tribes that have warred for ages. And died for aged. And they will die unless Lesuuda wins her mission. Urgent mission. Life saving mission. Itâ€™s a matter of life and death.

And she remembered in a rare interview. â€œBy 8am, he told me 40 people lay dead, 21 of them Samburu women and children who were caught up in a mortal crossfire.â€Tears wells on her eyes and with an overdose of adrenaline rush â€“ maybe similar of an irreversible rush of an orgasm, she swung into action.

The government, normally intrepid at best, acted with fury and deployed a delegation to the blood-soaked plains. Alas, she was part of the delegation â€” at least in soul because she declined to travel â€” to try and breathe new hope into a doomed people. A people doomed by years of blood-letting. In Nairobi, the pretty girl made contacted and paid a courtesy visit to then MP Nderitu Gachawi.

The rest about her is not very sexy.

Days before December 12, 2010, she received a call from State House. Hurray, she got the best news of her life. At a tender age, Enkare, the Samburu god of cows had heard her cries, sent down the angels to wipe of her tears. Tears she had accumulated for years, watching her people â€“ her relatives waste away in needless bursts of human brutality â€“ the Angel came town in terms if a brilliant but often sleepy economist. President Mbwai Kibaki.

At the age of 25, Lesuuda became the youngest Kenyan woman to bag the prestigious presidential Order of the Grand Warrior for her efforts in bringing peace among warring pastoralist communities and using journalism to highlight social issues. Indeed, the Lord came down and washed away her tears.

She continued her humanitarian work, key on saving lives and breathing life into a brother of sister. The rest would be platitudes.

Early this year, because of humanitarian work â€” and a little lobbying or both â€“Â  she was honoured. President Uhuru Kenyattaâ€™s TNA party named her a nominated senator.

Of course her nomination touched off a firestorm in politics. A said B. B said C. C said D. It was a needless circus that is currently, a needless melodrama that has split TNA party into two, pitting chairman Johnston Sakaja against Secretary General Onyango Oloo.

Thatâ€™s okay. Itâ€™s Third World politics. And it usually shady. But who cares?

Now, some bastards screwed by the womanâ€™s meteoric rise, plotted to paint Lesuuda as a shitty tramp, an unremarkable crackpot and a woman who slept her way to the Senate. It all became politics of the bedroom. I was not flummoxed. I expected such hullabaloo from some edge quarters that is populated by losers, haters and malicious fleas.

Now, another bastard claimed that on a recent trip to Central and West Africa, she was bonked by Deputy President William Ruto. She was dumbfolded. Crestfallen, the woman with the speed of a rocket and the spirit of a champion was suggestively reduced to another bimbo.

Bollox, sources told me, vowing to take bullets for the Samburu Princess, the woman who is expected to inspire a generation of women with her sheer hard work, determination and well, the will of God.

The source narrates: The Deputy President contacted the Senate Majority Leader Kindiki Kithure and asked him offer names of two women from the Senate. He did the same with parliament majority leader.

Kindiki gave the names of Lesuuda and three others. â€œThis means, next time she let other Senators travel abroad. So these rumours that she slept with the Deputy President are unfounded,â€ source explained, wondering why the dogs targeted her and not other women who were in the trip that has been shrouded in controversy.

I will not bother asking her anything because she is being framed by some hapless bastards with no smattering sense of decency. Say what you may, when you sit down with Lesuuda, friends said, she makes you appear like you are the best. But in reality she is the best. No red meat for the dishonourable dogs.

Indeed, the future belongs to those who crave, believe and work towards the beauty of their dreams. https://www.kenya-today.com/opinion/hon-naisula-lesuuda