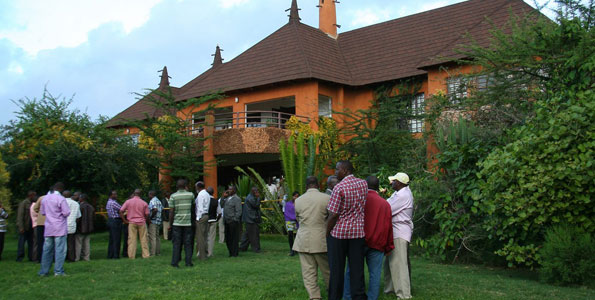 Reading the two leading newspapers, one is left wondering if information disseminated regarding Hon Mutula’s death and subsequent investigations is free of influence or geared towards a certain projected outcome; whereas the Standard Group has somehow consistently either directly or indirectly signaled that Hon. Mutula’s death was premeditated murder,Â  the Nation Media is on the other hand is trying hard to sink the Viagra theory rather indirectly. Picture this;

……..Standard Groupâ€™s Kenya Television Network (KTNÂ ) reveals that traces of poison were found on Hon. Mutula Kilonzoâ€™s liver during the autopsy. Family sources and a doctor involved in the investigations hinted that tests for lethal poisons are being…...

KTN also announced in a news bulletin that the government team that was involved in the autopsy has refused to send his body samples to the UK for analysis.

â€œNo sample will be taken out of the country as all the samples collected can be analysed locally,â€ Government pathologist Johansen Oduor. KTN continued in its news reports

Nation Media on the hand has this piece with a title “Mystery fifth person in Mutulaâ€™s death probe ” in between the lines they suggest that a Woman may have been in the house with Hon. Mutula, that the late Senator was by the swimming pool around 7am and most probably he died around 9am after having some nice time at the pool, they go a head to reveal/allege that the autopsy report is ready BUT the family is embarrassed to release it – “Another officer said the postmortem examination findings did not leave any room for conjecture in establishing the cause of death, but it had been agreed that the decision to release the report should be left to the family.”

“Further reports have showed that an unlabelled bottle containing pills was among samples taken from Mr Kilonzoâ€™s bedroom by detectives after the death was reported”. the Nation reported

“According to the new reports, the Senator had woken up early and spent about 30 minutes at the swimming pool within the compound of his palatial home. At that time, the visitor was in the house” the Nation continues

The Nation in yet another very direct pro Viagra theory piece with titleÂ  “Money, land and power: The secret life of Mutula” in this article the writer even goes further to lay ground for the Viagra theory, a leading paragraph that captures the body of the article is this “He lived a life of grandeur, maintained expensive tastes â€” like top-of-the-range cars â€” and had a lasting love for things rustic. Many of his close friends could not disguise the fact that he loved the good life and had a soft spot for members of the opposite sex.”

.…”It was a special place. And perhaps in estimation of this, Mr Kilonzoâ€™s Valhalla home was largely out of bounds for the rest of his family”

â€œIt was his hideaway. Not even his wife and children went there. It was his retreat where he spent weekends and rested, away from the rest the world,â€ said the friend.

Back to the Standard, they continued with murder theory/poison spin-though by Sunday the momentum seem to run out, they have this piece titled ”Mutula death raises hard questions on autopsy in Kenya “ the piece questions the local medical standards on autopsy and tries to paint the government pathologist as unreliable going by past experience- this perhaps in anticipation the a Viagra overdose will be the outcome of the autopsy hence we the readers should treat it as a cover up!

…”He points out accurate autopsy investigations would enable crime investigators formulate theories on whether Mutulaâ€™s death was an outcome of suicide or homicide. In either case, the investigators would want to establish the motive and the opportunity to execute the motive. Pathologists on Wednesday said that the results of the autopsy would be withheld for eight to ten weeks until the Government Chemist completes toxicology reports on over 100 samples, 52 of them collected from Mutulaâ€™s body”.

Well, with all these contradicting pieces one wonders which theory to believe, the two leading media houses are reporting on the same story, interviewing same people BUT report factually different information, readers are left to speculate on the intention of the writers- either cover up or just laying ground for another weekend investigative thriller JICHO PEVU