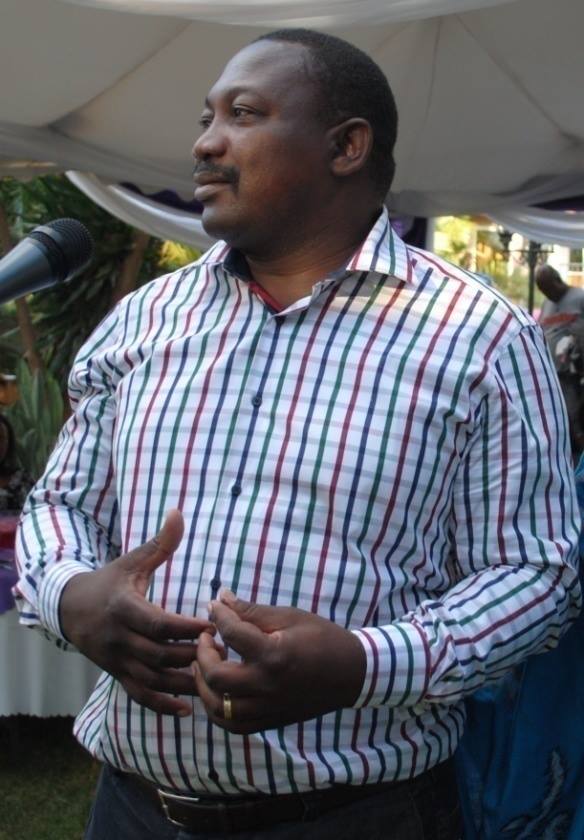 For the record, let me state categorically that no one can fit the shoes of the late Senator Otieno Kajwang and the tremendous role he played in building the Orange Democratic Movement with such loyalty, consistency and commitment. May his soul rest in eternal peace.

However, it is extremely important that we analyze each of these individuals in detail so that voters can be informed on who they are dealing with. As you are aware, the late Senator has been the political figure head in the county and a powerful advisor to the ODM and CORD brigade. Therefore, whoever will replace him in Februaryâ€™s by-election should exhibit the same character and principles that Kajwang held.

The Jubilee coalition have already shown interest in this seat and are intent on destabilizing Raila Odingaâ€™s hold on the region after a failed attempt to portray the larger South Nyanza as having gravitated away from the ODM supremo Raila Amolo Odinga. This is part of their wider strategy to weaken the opposition and retain power in 2017.

The Uhuru Kenyatta led coalition has reportedly set aside almost Ksh. 300 million shillings that will be used to sponsor candidates to weaken the over 250,000 ODM votes in the county. This is in addition to the Ksh. 1billion shillings that they have invested in the region through harambees under the guise of â€œdevelopmentâ€.

There is already speculation on where certain candidates are getting financial support from. Hillary Alila who vied in the last election on a PDP ticket and lost terribly to Kajwang is a prime suspect. He garnered less than 16,000 votes out of Kajwangâ€™s 200,000+. Mind you, PDP is currently a member of the Jubilee Coalition through.

Alila is also a known TNA ally who has developed close ties with State House and top ranking officials of the Presidentâ€™s party such as the Chairman Johnson Sakaja, whom they serve with on the Boxing Federation. There is high speculation that State House officials are bankrolling his campaign. He cannot therefore be trusted by ODM and Raila to represent their interests in the Senate or at the county level.

Making his debut into the political scene is Fred Rabongo. Loyalists say has been a major and consistent contributor to ODMâ€™s financial muscle in past presidential elections. He is also a close relative of the late Senator Kajwang. Rabongo has cut a niche for himself as a loyal and committed party member through his continuous support for the party and for his county. He has initiated several educational and social development projects in the county for the past 5 years.

The late Otieno Kajwangâ€™s younger brother, Moses Kajwang, has also emerged and declared his candidature for the seat. This has not gone down well with most residents of Homabay who say that Homabay is not a monarch county that should be turned into a family affair. With all due respect. There are high chances of a protest vote if ODM gives Moses a direct nomination. Moreover, little isÂ known of him, his track record and what value he has ever added to the ODM party and the people of Homabay.

Two of Raila Odingaâ€™s former aides, Jakakimba and Caroli have also emerged. Silas Jakakimba has been a long and trusted aide of the former Prime Minister and played a critical role in the 2014 general election.

Has also been a consistent and loyal supporter of the ODM leader Raila Odinga. His only challenge would be whether he will be able to fight off the massive resources that Jubilee will deploy to win the seat. Does he have the financial muscle? Railaâ€™s former Chief of Staff, Caroli Omondi, known for his deep pockets does not however attract the same trust or love in ODM circles as Jakakimba.

Several ODM insiders blame him for their loss in the 2013 election and for his failure to protect the vote as he was mandated. Caroli reportedly misappropriated funds meant for paying agents.

This is according to his colleagues at the Raila Campaign Secretariat 2013. He has also been accused of spreading anti-Raila sentiments within the larger Homabay County especially in areas of Suba and environs. Some say he is part of the Dalmas and Kidero team, infamously referred to as â€œKalausiâ€.

Of Philip Okundi and Martin Ogingo, we can only say that they are spent cartridges who can no longer represent ODM or Railaâ€™s interest with the energy and zeal that is required.

I leave it to the people of Homabay to decide on who will take Kajwang mantle. ODM must hold free and fair nominations.