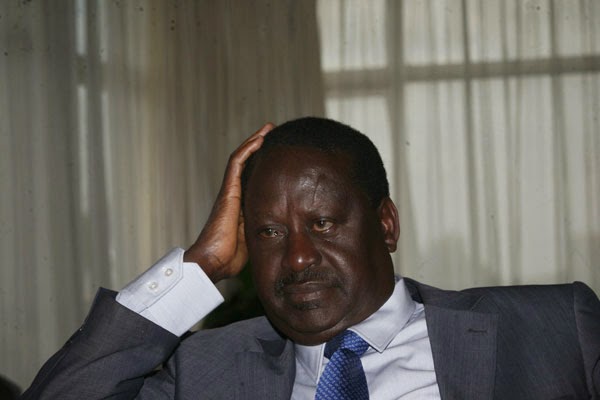 If it were any other race, the ODM certificate would by now have been given to the man who is able to exert the highest pressure, laced with money, and the fate of the electorates would have been sealed, just like that. Of course, since the campaign begun, the candidates have spent millions in the race, especially in buying delegates support which led to the aborted nominations exercise in Homa Bay.

But the Homa Bay race is different. And the major setback are the candidates contesting.

Save for Moses Kajwang’ and George Mboya, the rest of the candidates are well versed in the intrigues and power plays which form part of ODM politics. And Moses is in the race to finish up the term of his late brother, so it is so personal to him.

For the rest, most are trying to start elective political careers while others want a job to retire on, or a group of peers to relax with each day. The stakes are high for everyone and none seems to be ready to let go. This is giving the ODM Party the worst headache, with party leader Raila Odinga in a more dire dilemma, as he is confronted by people very close to him, each with a history of serving him, or being closer to those who diligently served him.

Eng. Philip Okundi, for instance, has served ODM to the extent of being the party’s National Elections Board Chairperson, a position currently held by Hon. Judy Pareno. Pareno is a legislator with the East Africa Legislative Assembly nominated by ODM.

Okundi, a long serving Rangwe MP, is an old hand in ODM, by extension, the party’s predecessor, LDP and NDP politics. He knows all the tricks candidates use to win the party’s certificate but in this by election, it appears all those tricks are known by everyone.

Silas Jakakimba whom sources reveal may be the compromise candidate for party, he is a great schemer, a mashinani organizer with super networking skills that helped ODM with fundraising beyond the borders. Having been Odinga’s personal aide during the grand coalition government and earlier, Jakakimba was among the few staffers who stuck with Odinga when he lost power. The only other critical person who remained on the Odinga stable was his spokesperson Dennis Onyango.

He hails from Suba, just like two other candidates in the race, Caroli and George Mboya.

Many people believe Jakakimba will bag the nomination ticket in the event that Caroli and Okundi are ruled out of the race. However, he faces a strong opposition from Homa Bay town MP the self confessed ‘dead-beat father’ Hon Opondo Kaluma, mainly because he sees Jakakimba as a potential power base that may overshadow him. Jakakimba has also been a public face of ‘protest’ against the Kalausi associated MPs many of whom were seen to be drifting towards the government.

Jakakimba is said to have the backing of Ndhiwa MP Hon. Neto Oyugi, Rangwe MP George Oner, Suba MP John Mbadi and Mbita MP Millie Mabona, a thing that soared him to a Mashinani sensation to the shock of Okundi, Rabongo and Caroli. However, the MPs have chosen to remain ‘neutral’ not to complicate matters for Raila as he navigates mucky HB politics.

Hon. George Oner comes from Rangwe constituency, the same constituency where Philip Okundi hails from. This is also the case with Homa Bay Women Rep Gladys Wanga who is a family member of the Okundis.

As a player around Odinga, Jakakimba is credited with allowing many local leaders access to Prime Minister and always going an extra mile in sorting out some local issues whenever Raila was busy with executive duties.

Omondi Caroli, whom locals have nicknamed ‘Dangote’ because he is believed to be extremely wealthy, was the chief of staff in the office of the Prime Minister created after the formation of the grand coalition government.

A pro-establishment conservative politician, Caroli knows how to play with power, and loves being in power. Soon after Raila Odinga was ‘defeated’ by President Uhuru Kenyatta, in an election whose results remain contested to date, Caroli, unashamed, applied to join the Uhuru government as a principal secretary.

This is what is giving Caroli a poor head start. Many people in ODM only see him as a moneyed player who wants to prove a point to those who made noise when he applied to join Uhuru government. The core of ODM is opposed to his nomination, with Farah Maalim said to have alleged giving him the ODM certificate will be akin to endorsing money and corruption over principles and loyalty to the ideals of the ODM.

The relationship between Caroli and Odinga isn’t publicly known, but there are those who say the two don’t see eye to eye. There was a fallout. Most people who managed Odinga’s 2013 presidential election campaign believe Caroli horded so much and tampered with the elections. He allegedly stole money, and, to date, while Odinga has never publicly said a word about it, a confidential report prepared by an independent audit firm sanctioned by Odinga revealed Caroli embezzled campaign funds.

Caroli is also said to have sold the 47 land cruisers which a political supporter had bought for ODM and CORD campaigns, plunging the former premier into financial losses. But the worst allegation against Caroli was how he bungled payment of ODM elections officials and clerks during the 2013 elections.

Without pay, most ODM clerks just left polling stations during the critical stages of vote counting, giving the Jubilee Alliance all the space to rig and stuff ballot boxes. Caroli is yet to make his role known.

It is believed that close to 1 billion shillings was lost during the period of the campaigns which directly hampered the ability of Odinga to match the campaign sophistication and money which his opponents – the jubilee alliance – readily availed to a poor, hungry electorate with devastating effect to the opposition.

A source close to Orange House told this writer anyone will get the ODM certificate but not Caroli Omondi.

Fred Rabongo is another candidate seen to have favour with the Odingas, having been a long time party sponsor and financier. The Mombasa based businessman is however embroiled in a domestic violence scandal with a woman who has threatened to go to court to stop his nomination. It is believed the ODM elections board has received the complaints against him and the party doesn’t want to be seen to support violence against women.

Rabongo is related to the Kajwang’ and come from the same village in Waondo. His candidature has been the worst nightmare for Moses Kajwang’ who is little known in Waondo, having spent most of his youth in school and was until the demise of his brother a professional working in Uganda. He has zero connections in any part of Homa Bay.

Almost all these candidates have powerful and influential backers pushing their candidatures. Okundi is said have the support of Oburu and Jakoyo. Moses Kajwang’ has support of his family led by his brother TJ Kajwang, also an MP representing Ruaka. Homa Bay town MP Opondo Kaluma who was initially supporting Moses is said to be supporting Okundi as he realised the shift in ground politics.

The party will select one candidate next week to present to IEBC whose deadline is 27th Saturday. It remains to be seen who will be picked as all the candidates have their powerful selling points, both to the party and the party leader. As for now, the top five candidates (Okundi, Jakakimba, Rabongo, Caroli and Moses Kajwang) have refused to step down for each other even be bought out of the race.

Interestingly, it is also now emerging that some of the candidates, especially Caroli and Rabongo, are all spiritedly influencing the NEB that is reuired to present three names to the party’s NEC to make one pick for onward submission to IEBC.

Next week, focus will turn to NEC to make the final choice.