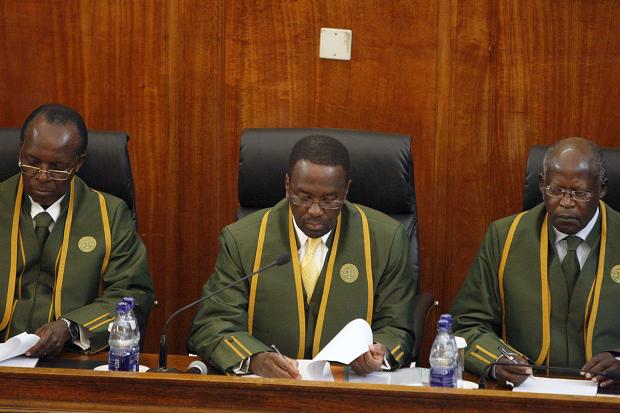 I have had the benefit of reading the 113 page Supreme Court Judgment and in summary it states as follows:
1. That IEBC had the discretion to conduct vote tallying to the exclusion of party agents at Bomas and in so doing, its conduct did not prejudice any party.
2. That use of technology such us BVR, EVID and electronic transmission of results was optional and no law was broken by IEBC resorting to manual system.
3. That IEBC committed no breach of the law by having different registers since the same were used to take care of different groups.
4. That although the Green book was not provided for in the law, IEBC was justified to use it as a primary document of developing the voter register.
5. That although scrutiny of forms 34 & 36 revealed several discrepancies, no evidence was adduced to demonstrate that the discrepancies affected the final outcome.

My humble conclusion:
1. The supreme court has set a dangerous precedence to the extent that if the same is applied, no presidential election will ever be over turned
2. The Supreme Court has in a nutshell sanctioned continued use of manual system and duplicity of voter registers and as it is we will never know which one is the final voter register.
3. Finally we should never think of going to the Supreme Court ever again because no justice will be served.