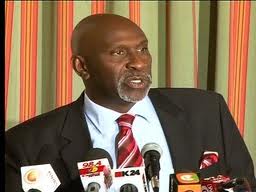 Yesterday my mind was bound to a nightmarish code of conduct by one of the men that I have always respected. Nonetheless, I discovered why other tribes will always progress and leave us Kisiiâ€™s behind due to our great fake policies. There is this co-journalist of mine who works for Standard Group although I work for the New York Times. Initially I had unavailingly visited the premises to see the editorial manager in charge of columns over some personal reasons.

The receptionist told me it was difficult to see him because he was in a meeting and also, I did not have an appointment. She advised me make one and I thought it was wise. She fixed one and I was satisfied. When I got home, Legitimately, I remembered of this Facebook friend whose boss is the same person I had gone to see. I thought it was wiser if I enquired from him because the appointment was almost a week away, because may be he could help give me his cell phone number.

I thought to myself that it could be better if I obtained his number instead of wasting my fuel in the Mombasa Road jam. I started the chat with my co-columnist although we did not know each other at individual level albeit that was inconsequential. I humbly asked the writer if he could help me get the managerâ€™s number â€“ either cell phone or office phone â€“ after I had illuminated the initial occurrence at the reception. I donâ€™t know what went through his mind and the man who I respect from his content told me off.

At first and even second glance, I thought my Gusii brother from another mother was only joking but to my realization, he was not. Due to his mesmeric conclusion, I suddenly went bankrupt of the senses of thinking and I just concluded by telling him, â€œGod bless you for thatâ€ I started thinking what could have made him dismiss me that soon. I was wondering whether his real objection was limited to the issue of â€œjust convincing the receptionist on my way to the office.

I, at the same time, could not find the reason why my fellow tribesman could comrade recollect the guts that emboldened him to put me off in the speed equivalent to that of a laundry machine. Could he be insecure of something that could be known to him? The entire issue absolutely dismembered the system of thinking in me.

Suddenly I thought to myself, â€œIf it was a Kikuyu asking such kind of assistance from another Kikuyu, could he have maltreated him the way my fellow Kisii did? â€“ hell no,â€ I concluded. I remembered of one of Albert Einstein â€“ my namesakeâ€™s â€“ encouraging quotes that â€œBefore God, we are equally wise and equally foolishâ€ But one question is, are receptionists useful idiots that can be deceived anytime one feels like?

Lastly, I concede that I picked some important lessons from my friend since my shortcoming turned out to be a blessing in disguise as the journalist made his way to one of the chapters in my book that is about to be published soon.