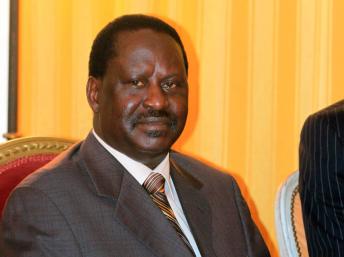 Reports that the Jubilee government has apologized after the reckless mistreatment of Prime Minister Raila Odinga at Jomo Kenyatta International Airport flies in the face after repeated denials, lies and arrogance of some of the government functionaries who have commented on the issue since this unfortunate saga begun to unfold.

That Raila Odinga left the airport facility and had to change in a nearby hotel speaks volumes on the simplicity of the man, and the respect with which ‘common people’ have for the man.

However, Odinga’s safety is a matter of national security. It is something the Jubilee government cannot handle should the worst happen. I do not even want to think of it beyond this point.

Kenyans want Odinga to be accorded enough respect. It is not a privilege to do so. One of the reasons elections in Africa are seen as a matter of life and death, rather than political contests over ideologies, is the manner in which those who get to power treat those who fail to make it.

It took the Kalenjins five years to retaliate in the manner in which former president Moi was treated when Kibaki took over power in 2002. While Odinga had pushed for people like Dr Sally Kosgey to remain in government, the ‘purge’ with which Kibaki’s Kikuyu dominated government systematically removed Kalenjins from power was part of the big catalysts for the Kalenjins’ entry into ODM en masse.

Back to Odinga. What the Jubilee government, now led by people who cried foul throughout the whole campaign that their communities were being targeted, reminds us that political maturity, what they derogatorily referred to as ‘analogue mentality’, is needed by this government.

The world know what a ‘free, fair, transparent and credible’ elections look like. They are telling those who stole the popular will of the people how far they can go out there and who they can meet. Recently, they made it clear aesthetically-who you can get ‘photographed’ with.

Treating Odinga as piece of trash in Kenya, only for him to be treated with decorum and decency outside, only serves to highlight the sickening low where Kenya’s foreign policy has reached. A foreign policy based on the false belief that the world is as gullible as some six or so million kenyans (number debatable) or some few million kikuyu and Kalenjin masses who say ‘amen’ to every piece of political bullshit their so called ‘dynamic duo’ tell them.

Each of us who refuse to secede any part of our political rights wish to see Raila Odinga treated well. Whether at JKIA or through verbal clapraps of the hundred mouthpieces of this jubilee government, we all want to see Odinga treated with the respect that he deserves. This is not too much to ask, right?

Let’s never forget there was Tom Mboya and JM Kairuki. The people who want Odinga to be treated well remembers in their quiet moments that at some point, there was Robert Ouko.

Apologies which reek of political gimmickry is what some of us do not like.