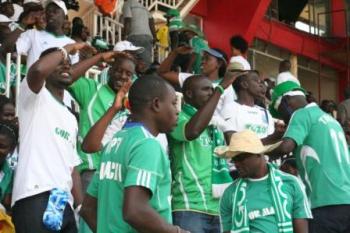 [wpsocialite]
As we approach the club’s elections, i want to state that the current constitution that governs the management of Gor mahia FC must be changed for the club to prosper in this 21st century. Great Ideas may come from aspirants who want to lead this great club but as things stand, No meaningful change will be realized. Fans and other stakeholders must therefore start agitating for the change of the rules that govern the club.

There is no need of having 11 elected officials who will always be fighting for supremacy. We need to have only the Chairman, the Vice Chairman and the Secretary General. After doing so, the club should employ a Chief Executive Officer, and three managers i.e (Operations, Finance, Marketing) and a technical director. Instead of the Executive Committee, the club should have a board consisting of a Representative of the Fans (Who must be somebody of repute in the society), A Representative of players (Preferably a club legend-who also must be somebody of repute in society), a representative from the sponsor/s, and a Trustee who can be an appointee of club patron. In short we want Gor to be managed like a corporate body.