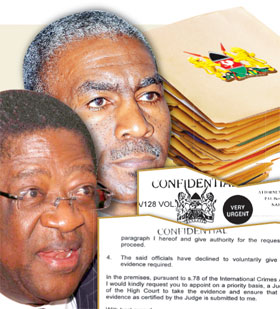 As dust settles on the ”separate resignation” of decade-long spymaster Michael Gichangi, and political pundits – both quasi and tested – weigh in on the departure of the man many are really not going to miss, one question is already puzzling: why?

In fact, it is Harold Laswell’s classical maxim, put mildly as ‘who did what to whom, when where and with what effect’.

Appointed in 2006, a year after the defeat of the 2005 Wako Draft, Gichangi’s term would be extended in 2011 in the life of the grand coalition government.

Before then, politically, he would oversee the violence of 2007-08, the formation of the grand coalition government, the bungling of the 2013 general election, Westgate, Eastleigh, Mpeketoni and Likoni.

Those close to him claim he did his work professionally, and dare his antagonists to point to his failures.

As it turns out, in most of the security scares that Kenya has witnessed, the NIS, and its former cousin, NSIS, had always predicted the situations as they came to pass.

“His work was to collect intelligence. He was not to act on his own intelligence. A history of disinformation had made people believe he was the problem,” says a source.

The source further reveals that when his term expired in 2011, it took many by surprise when former Prime Minister Raila Odinga pushed for extension of his term.

“People never appreciate ability but Gichangi is a man who did his work professionally and served the nation. In fact, it was the former PM who pushed for extension of his services. He would have been bundled out long time ago. May be, the PM (Raila Odinga) who also received intelligence briefs from Gichangi can reveal more”

Speaking to this author under anonymity, the source reveals that after the 2007-08 elections, which Gichangi had ‘warned against rigging’ because of ‘violence’, it almost cost him his job when he told Kibaki to provide all necessary ‘items of power’ that the new premier needed to undertake his job.

May be aware of the tilt of this news blog, the source is creating a holier than thou image of a man whom most people in ODM and CORD believe to have engineered their loss of two successive elections.

The power war that has removed Gichangi is seen as a coup by Julius Karangi, the quasi-jubilee operative and head of the defence forces.

President Uhuru’s government, slowly but surely, is an evolving military junta and the presence, in public places, of Karangi, always in full military uniform, attests to this.

Where Moi prefered the special branch and the GSU, Kibaki the Administration Police, Uhuru has shown he is a military guy.

Instructively, this shows the other changes, where, Mutea Iringo has been moved to Defence and Monica Juma (wife to TNA operative Prof Peter Kagwanja) has been brought closer to the police as PS, internal security.