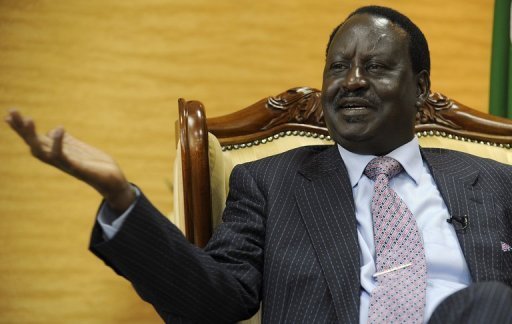 Yesterdayâ€™s appeal by a section of the Raila for President campaign teams: Friends of Raila (FORA) and Sibanduki calling for Hon. Raila Odinga to be returned to Parliament is very regrettable.

Firstly, a good number of us who were deeply involved in the former Prime Ministerâ€™s presidential campaign were not consulted on this ill advised appeal.

Secondly, Hon. Raila personally attended the recent CORD coalition strategy retreat in Naivasha and was involved in crafting the decision that he will lead the opposition from outside parliament while his former running mate Hon. Kalonzo Musyoka and Bungoma Senator Moses Wetangula will lead CORD teams in the National Assembly and Senate respectively.

Now, many Kenyans have great respect for Hon. Raila and do not believe he can go back on a matter he has publicly stated his firm position; which is to lead the opposition (CORD) from outside parliament.

Honestly put, the action of the section of FORA and Sibanduki officials to come out calling for a parliamentary seat to be vacated for the former Prime Minister to return to Parliament so as to lead CORD from there does not represent the view of the majority.

If anything it is mere sycophancy by a misguided clique who are desperate for attention. They are actually demeaning the stature and person of our leader Raila Odinga who is a leadership icon in this country.

Hon. Raila is bigger than being a mere MP or senator. Majority of the over 5 million Kenyans who supported and voted for him on March 4 still hold him in high esteem and know that he has enough, able and loyal MPs and senators whom he has instructed and will keep on guiding to push the reform agenda in Parliament (bicameral).

Besides, it is cheap for anybody to imagine that if Hon. Raila remains outside Parliament he will diminish in stature and relevance in Kenyan politics.

If anything, his track record in fighting for reforms, democracy, good governance and human rights is unmatched and has cemented a permanent position of highest honor in the countryâ€™s public life. It is irreplaceable and can only grow.

However, I should hasten to strongly rebuke the few FORA and Sibanduki officials who came up with the appeal for undermining the wisdom and good intentions of the top CORD leadership who met in Naivasha that endorsed the move to have Hon. Raila leading us from outside Parliament.

Such misguided characters crop up from time to time in Kenyan politics. Their actions have been underlined by open sycophancy and raw stunts craving for attention. Their appeal should therefore be treated with the contempt it deserves.

Be he in parliament or outside, Hon . Raila’s leadership is unchallenged and we want him to remain the statesman he is both nationally and across the African continent as those in parliament assist him to champion the Kenyan course as mandated to them by the voters.

We all know that Hon. Raila was cheated of a clear victory in the March 4 presidential race and the IEBC owe Kenyans an apology for denying them their democratic will. The Judiciary too should be ashamed for upholding IEBC’s electoral fraud.

However, Kenyans have accepted to move on for the sake of the country. They refuse to be held back and made to destroy their country by a few forces of darkness.

However, we expect President Uhuru Kenyatta and his deputy William Ruto to respect Hon .Raila even as he serves Kenyans from outside government, failure to which they should expect total rejection and a popular civil revolt by the masses.