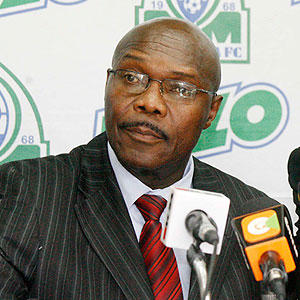 Many active and high-ranking priests and pastors in Kenya are Freemasons, joining highly placed clergymen internationally, including the Most Reverend Bishop Fisher, a former Archbishop of Canterbury.

Even though many Masonsâ€™ identity is hidden, in recent years some of the top members have been coming out openly.

For example, one of those named in the Freemason website is Gor Mahia chairman Ambrose Rachier (above), who is also arguably the best conveyance lawyer in the country.

Leading health practitioners, who are masons, include radiologist Dr Virendrh Talwar (who is the Kenyan Freemasonry head), Prof William (Bill) Lore (a doctor of medicine for over 43 years); Chairman of the Kenya Healthcare Federation

In November 2003, Freemason Justice A B Shah wept when he was suspended for allegedly taking a bribe and assisting his masonic brother in a case that he (Shah) was to determine.

The report that led to his suspension alleged that he wrote a section of the affidavit in his own handwriting for his lawyer friend as the pair was bound by the masonic oath to assist each other as â€œworshipful brothersâ€.

Notable personalities in Africa include the late President of Gabon Omar Bongo and his successor son Ali Bongo and former President of Ghana John Kufuor Winston Churchil, who was a Freemason, was once quoted as describing Freemasonry as â€œmaking good men betterâ€.