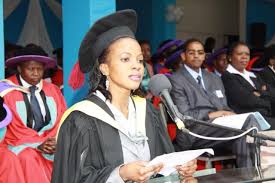 It is worth noting that all over the world, Kenya included, where one attends school matters a lot when it comes to certain appointment whether in the private or public sector. Even though it may not be a script, the pattern speaks volumes.

In Britain,you need to either belong to the royal family or pass through Eton College , Oxford or Cambridge Universities to be a ruler or a leader, both in the private sector or the public sector. In Japan being an alumnus of Waseda, University of Tokyo or Keio gives you a huge advantage if you aspire to be a leader in any sector.In the Netherlands, going through Leiden, Erusmus, Utrecht and Nyenrode universities is a sure route to the top! In USA,going through any of the seven, Ivy League Universities, UCLA or USC ensures that your path to leadership is much smoother and shorter, forget about grades for now.

Moreover, going to these schools is not accidental; Parents start grooming their kids early in life. Kids put on attires with logos of such schools and accompany parents on special days. More importantly, they go to elementary and high schools that have a record of taking kids to such prestigious schools. You may call that social engineering but it works. Few countries do not have flagship institutions where the next generation of leaders is prepared.

History, more than anything else plays a role in determining the evolution of elite institutions. They are often the oldest in the country,with unique traditions and a solid base of successful alumni who ensure the name is maintained, and the new graduates, get into the system with ease-call it the “The old boys network”. When Narc came to power, there was a popular observation that having passed through Makerere or Mangâ€™u greatly increased your probability of getting a plum job in the government or a seat in the board of directors of a major firm. This observation cannot be 100% untrue. The recent cabinet appointments by Uhuru points to almost a similar trend where those who graduated from the University of Nairobi or a degree from overseas seem to have had an upper hand. What then becomes of graduates from Inoreero, KCA, Kimathi, Meru, Maseno, Masinde Muliro etc?

From a marketing point of view, public schools in Kenya have reached the shake-up stage. It is unlikely that new pubic schools will reach the stature of Alliance or Mangâ€™u or other national schools that have a tradition of excellence. The shift to market economy in the 80’s came to education sector late. It started in the elementary and high school. The next move will be in the Universities. Currently, public Universities still predominate and take the best students, because of history and the fact that they have lucrative courses like medicine, law and engineering.

Private universities have definitely tried to build a reputation of discipline and philanthropy; they have outdone public universities in public relations. However, public universities have lately become less prone to strikes; may be the democratic space has expanded and the gap between schooling and reality has narrowed.Another interesting change that has been taking place in Kenya is entrenchment of class-consciousness. For a long time, Universities in Kenya were classless; you could go to class with a ministerâ€™s daughter and even date her.Today, people are doing all they can to show their class, and schooling is one such avenue. Some are even going to school just to scare their neighbors!

This has greatly benefited the private universities.Nevertheless, the public universities thwarted that by introducing the parallel programs, another class matter. So who will rule in future? Where will the new elites come from? The answer will surprise to you.

In Kenya, for now, self-made people must continue ruling us, at least politically. Economically it might be a different story altogether. Could the high salaries MPs want to award themselves be a realization of this gap between political leadership and economic leadership? Without favour or prejudice, self-made Kenyans are more likely to go through public universities. Public university students mature faster, and get the motivation to pursue the power, prestige and wealth that comes with political offices.

The University has now become universities. These universities are in a cut-throat competition for students. And so are the elite private high schools that are salivating over the decline of some national schools, courtesy of mismanagement. The next phase will be competition for prestige and productionof leaders, the shakers and movers in the countryâ€™s political and economicleadership. Marketers may call this positioning. Which schools and universitieswill these be? Which schools will produce members of the cabinet and captains of the industry by 2030? My bet is that these schools may already be there; youare free to name them and take your children there.