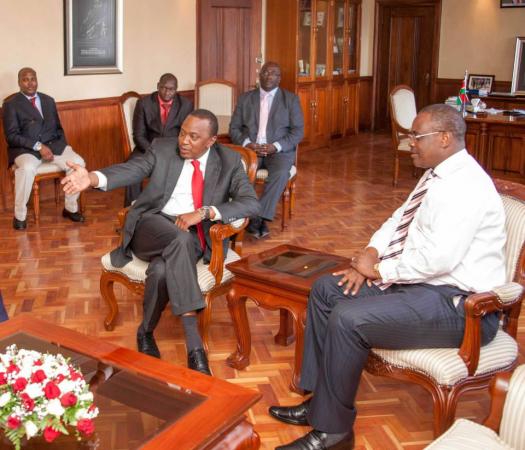 Late last year, Dr. Evan Kidero’ Centre and Orange Networking Team {ONET} arranged a secret strategic meeting at the Impala Hotel Westland to specifically evaluate the dwindling performance of Kidero in the run-up to party nomination.And give it a shot in the arm. Dr. Evan Kidero was then an aspirant was in attendance and a key note speaker.

However, after listening carefully for a while to his presentations,and in view of the fact i was meeting Daktari for the first time,i was genuinely struck by how lively and colourful his CVs was, how penetrating his intellectual instinct was, and just how first he was virtually devouring the audience. He is unquestioning brilliant.

He seemed honest and alive to the fact that his CV could take its toll on us. ‘Mazee’! those boards of directorships in highly competent and successful companies, made us see only the Elephantine candidate for a while.

When he remarked that ” personally, to dwell on or speak about my CVs sounds more of being boastful to my audience. I do therefore kindly advise you to visit my website. It’s all there.”

By the time Daktari was through with what he simply described as “brief overview of my CV”, he came out explicitly, at least to me, as indeed a supremely perceptive student of Kenya business world. This immediately rung a bell and raised the level and scope of my instinct. I begun to soul-search for a while, and in the process I wondered silently: Is such a polished member of the parasitic Kenya business class, a class known to have failed to promote industrialization and development, a class that has sustained Kenya’s kleptocracy, by driving the wheel of patronage and deriving it’s legitimacy from a mere ability to create and dispense patronage, like a late weekend pharmacist, about to support Rt. Hon.Raila Amolo Odinga, a true believer in social liberalism? hmmmmm!

Obviously there was crisis in the hall especially in my mind. Concisely, Daktari had almost carried the day.The situation demanded a skillful analysis and a very fast one. Like the true believers of the Freemason teachings, I started counting the noses, not the heads in the hall. The first nose came out ‘fictional’, the second was ‘fake’,the third vividly ‘phony’, the fourth, was ‘make-believe’, the fifth indicated ‘imagined’, sixth, ‘pretend and finally the seventh was “unreal”.

It was at this juncture that I rose up politely and requested him kindly to be unequivocal and declare openly his support for ODM and Rt. Hon.Raila Odinga’s presidential bid on the ODM ticket.

Unfortunately, he chose to play corporate politics. Using corporate innate talent and with a smile of an ambitious young man involved in courting,he dodged it by preferring to state that choosing a candidate to support at this juncture is rather premature!

In response, I respectfully informed him that,under the circumstances, then, ONET was not interested in any financial assistance or campaign resources from him or anybody else with that kind stand.

When today I heard over the Radio ‘Pili Pili’, a Mombasa based Swahili FM, in their” Leo Magasetini” {today in the Press} program, how Raila had to walk out of the Governor’s Ball, due to the so-called ‘protocol hitches’ by a team with such unflinching corporate niceties, then I can only conclude that it is a sad commentary on how quickly, and how far, Daktari’s reputation has declined since last March General election.

It’s even more worrying that this indeed is happening when a team whose nomination campaign was ludicrously flawed, whose only virtue was sincerity and popularity, were perhaps rightly or wrongly based on successes in a background known for its parasitic business class, a team that begged and received Raila’s support unreservedly!