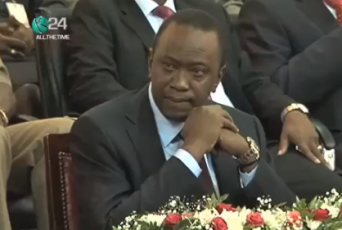 As the curtain falls on the 2nd national conference on alcohol and drug abuse in Kenya that was presided over by President Uhuru Kenyatta, many Kenyans are concerned. Drug tracking has hit a crisis level. Yet as he opened the conference the president ordered deportation of foreigners suspected to be involved in drug trafficking and not prosecution.

Uhuru’s order may be interpreted as a vote of NO confidence in the country’s judicial process; either the president knows that the office of Director of Public Prosecutor and Inspector General of Police does not have capacity to collect sufficient evidence or the judges will be compromised.

Presidential order came in the wake of deportation of ten foreigners including the notorious Nigerian Mr. Anthony Chinedu linked to drug trafficking.Â  Surprisingly, deportation of these foreigners was executed privately in unclear circumstances reminiscent of the infamous Artur brothersâ€™ saga that raised more questions than answers.

According to National Authority for the Campaign Against Alcohol and Drug Abuse (NACADA), most Kenyans-men and women, are primarily using intoxicating substances such as alcohol, tobacco, Miraa, marijuana, controlled substances, heroin, cocaine and prescription drugs including HIV and AIDS prescriptions. Effects of these drugs are devastating. Most family units have been rendered dysfunctional, users have abdicated their conjugal responsibilities to their spouses, occurrence of severe health conditions is escalating and dropping out of school is progressing. Further, mental retardation is being reported, declined productivity of those addicted to drugs is undeniable, irritability, anxiety, paranoia and violence could be partially traced to drug use and abuse.

Yet, drug use, abuse and trafficking slowly but surely â€œkillingâ€ the society. US president Barack Obama raised a red flag. His administration blacklisted and imposed travel restrictions to two powerful Kenyans who were suspected of supplying drugs in east Africa. Unfortunately, the Kenyan government is yet to investigate and prosecute any senior individual involved in drug trafficking in Kenya.

Additionally, a local TV station – KTN ran a mindboggling investigative documentary series in Swahili -Puruwanja La Mihadarati and English -The Untouchables. The documentary unveiled the naked truth about drug trafficking network in Kenya. Investigation revealed drug trafficking is a web in which senior government officials are entangled. The government did absolutely nothing. Instead, journalists were harassed and forced to flee to Europe for their safety.

Moreover, Federal Bureau of Investigation (FBI) in conjunction with US government presented to the Kenyan government names of powerful individuals suspected of drug trafficking. Up-to-date, Kenyan government remains unable or unwilling to do further investigations and prosecute the culpable individuals. Sadly, most suspects are still at large continuing to drug the society and destroy the lives of Kenyans especially the youth. But letâ€™s not be naive. Drug trafficking industry in Kenya is lucrative, powerful and dangerous. Powerful individuals in and out of the government benefit off the proceeds.

But to end drug trafficking, president Uhuru should empower National Intelligence Service (NIS) and Criminal Investigation Department (CID) to do thorough, professional and genuine investigation geared towards unveiling real culprits. Additionally, sufficient evidence should be collected with aim of arraigning suspects in court of law in accordance with laws of the land. Maximum penalties should be imposed against the crime.

Furthermore, both foreigners and Kenyan citizens involved in drug trafficking should be prosecuted, be locked up in prison, their laundered money be surrendered to the public, and foreigners be deported after serving their prison sentences. Otherwise Uhuru\’s directive is same old tired rhetoric that lack concrete plan to achieve a mission. Uhuru\’s directive will simply protect local drug barons.

JackAmbuka is a Kenyan residing at State College Pennsylvania USA and can reached at jsambuka@yahoo.com, Twitter @JackAmbuka or his Facebook page Bunyore Discussion Board.