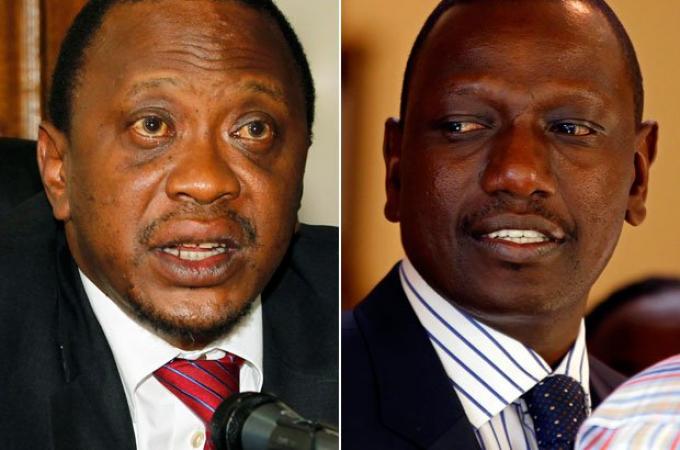 The two nominees are diploma holders though Mr Lenku managed to get his degree via evening study -slightly over three years ago!

Speculation on social media is that the naming of the two was made to divert attention from the raging debate on TJRC report released on Tuesday, the report recommends that the President and his deputy be prosecuted over alleged roles in the 2007 violence among other ills, there is also the issue of the luxury jet hired by Deputy President to drop him to rogue states – Congo Brazzeville, DRC, Gabon and Nigeria!

The naming comes a week after the 16 others were vetted and approved by Parliamentary Appointments Committee before being sworn into office at State House.

Joseph ole Lenku has been nominated to the crucial Ministry of Interior and Coordination of National Government while Samwel Kazungu Kambi will wait for approval by parliament to run the Ministry of Labour, Social Security and Services.

President kenyatta has subsequently forwarded the names to Parliament for approval.

Nomination of Kazungu brings to three the number of politicians in the Jubilee government despite their initial stance of only having technocrats.

Here below is the CV of Joseph Lenku, a nominee to the powerful coordination ministry (equivalent to former internal security and local government ministries combined), the gentleman holds a diploma in hotel management from Utalii college and its only 3 years ago thatÂ  he finally obtained a bachelor commerce degree, a clear academic dwarf, whether he suits the position or can head the crucial ministry is a wait and see!