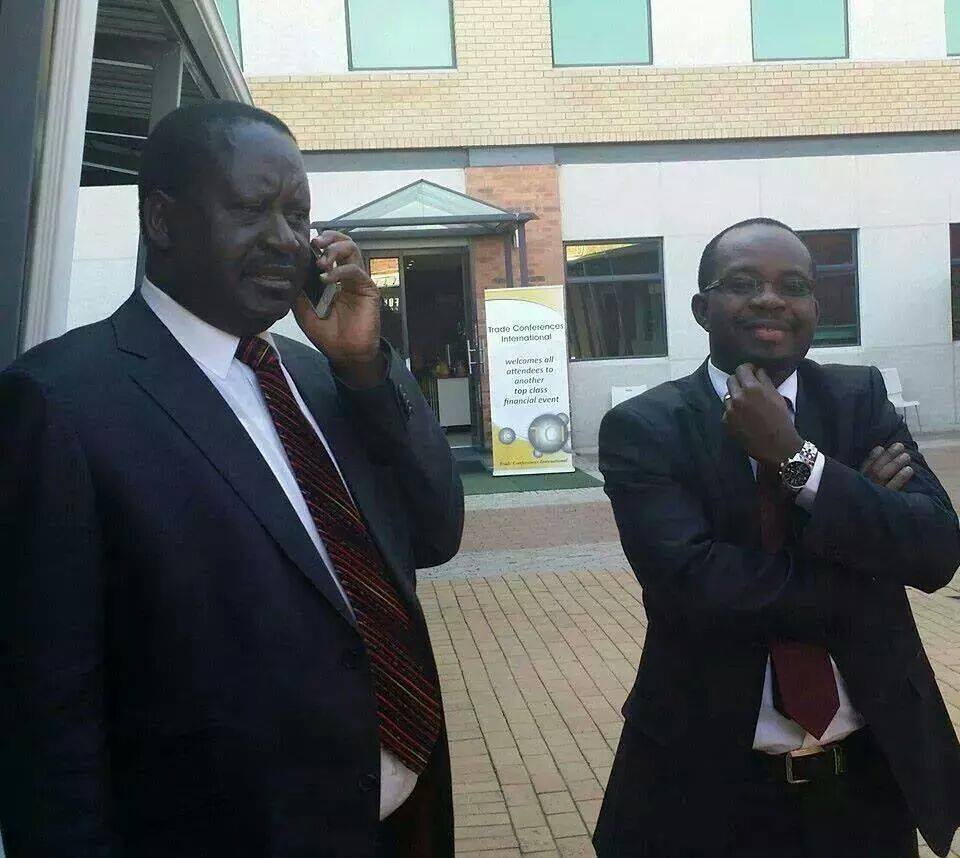 I support Silas Chepkeres Jakakimba for the Homa Bay senate seat and we intend to win.

If any young person with a vote in Homa Bay would ask me today to suggest someone to vote for in the February by election, I will propose to you Senator Silas Jakakimba. Vote Jakakimba.

We will never get Senator Otieno Kajwang’. And no man in Homa Bay and, or, Kenya with the name Kajwang’ will ever be Otieno, however much they resemble. The death of Hon. Orwa Ojode taught us just how irreplaceable some people are.

And as I was thinking about it; and wondering who, if any, can rise to such rare feats, I concluded Silas Jakakimba, given a chance, and time, can. So I support Silas Jakakimba.

But there is another reason I support Jakakimba. It is that little matter of ‘valid dreams’. Many of us from Homa Bay are born with no silver spoon in our mouths. No inheritance in banks. No coffee bushes or tea bonuses. To get ahead, it requires diligence, dedication, and a firm belief that with a little pluck here, some sweat there and push, just a little push, we all can have a fair shot at anything we put our minds on.

We start out at the very bottom of the pit of life. Tough luck.

I do not want to say Jakakimba deserves this because he is upcoming. That he is young. Nay, the Jubilee experiment with ‘youths’ have been all but cosy. But Jakakimba is young enough to reengineer Homa Bay county and reshape its development agenda when given the mandate to do so.

He is qualified to be a lawmaker. He is an advocate of the High Court of Kenya and a family man. More than education he has the experience needed for the job.

We need, as the next senator of Homa Bay County, a democrat who is accessible. Those of us very low in ODM and CORD know just how difficult it is to reach many of our elected leaders, especially, in times of crisis. And I have been in crisis before and save for Hon. Peter Kaluma and Hon. Neto Agostinho, very few young leaders of Homa Bay are as accessible as this man, Jakakimba.

As a young person; here should be the question: Will I ever be able to reach this fellow, either personally or by proxies, once in?

The times are such that it is no longer about your education or skills. As you all know, there is a B.com at the University of Nairobi, but there is also a B.com at KeMU where Sonko is a student. For every Moi University there is St. Paul, where Ngilu and Margaret graduated from.

For Homa Bay, and the Luo Nation at large, nothing but education still ranks high as the greatest equalizer of the situations of men (of Luos). Jakakimba knows this, because he sprung from a village in Mfangano, was admitted at Kanga, lacked the fee, went to day school in his village and still made it to Law School at the University of Nairobi.

So Jakakimba understands that grass to grace life that so many of us can pen down, albeit with different nouns of places. Shared stories.

In Homa bay, after Kajwang’, it should be about a Senator with the wherewithal to imagine how our young people can get ahead.

I am passionate about this because in Kenya, with the current financialization of every facet of the nation, the fall will be hard and painful for our region and our people if we don’t get devolution right.

So we need people in power and positions of leadership who can imagine and develop societies.

You all know how Gov. Awiti started out well. You all remember the Agricity. The hopes and the goals. Yet, somewhere along the way, it appears the mojo died. I prefer a senator who will be able to add to the policy ideas and project formulation stages for Homa Bay County without the curse of political rivalries that characterised the old order.

Senator Kajwang’ was a great legislator for the national cause but he isn’t the best example we can give of the kind of bipartisanship that needs to exist between a governor and a senator. In Kenya, such an example goes to the two leaders in Mombasa, Sen Hassan Omar and Gov Ali Joho.

There are many other people in this race. Personally, I am friends with almost all of them. And all are capable, in their own ways. For this by election I will stick my neck out for Jakakimba. And we intend to win.

– – – – – – – – – – – – – – –
Did you know that Silas Jakakimba had vied against Otieno Kajwang for the Mbita ODM Party chairmanship post and was ‘rigged’ out? I read the newspaper story of the ‘injustice’ then as a High school student. And while he forgave it is with all politicians that you never forget. So we urge our competitors to brace for a bruising battle.