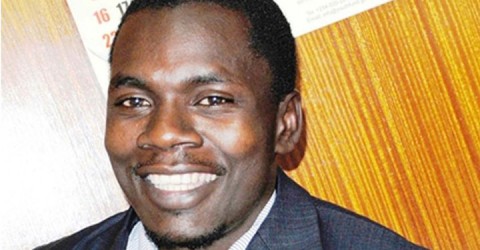 By Fwamba NC Fwamba
Since the general election of March 4th 2013, one of the most discussed topic in the public arena has been the performance or non performance of the elected governors who are inaugural since the establishment of the devolved system of government structure as entrenched in the Kenyan constitution which was promulgated and adopted in 2010.

To be honest most of this talk has been based more on perceptions than reality; as none of the governors has had enough time in office to meaningfully be evaluated as successful and exemplary or failures. Itâ€™s very hard to determine the effectiveness of any of the 47 governors since all devolved systems are currently at their formative stages. Most of the governors are still putting down their relevant structures.

This process is still ongoing in some counties while a few have completed the process and are ready to go. It is worthy noting for all Kenyans to know the main areas and parameters that should be used to determine the effectiveness of the new devolved structures of governance. This will help the Kenyan voters to know what is extremely important and of value to the citizens as opposed to empty rhetoric that in reality is nothing but a mere public relations exercise meant to please the masses without anything tangible.

The main reason of introducing the devolved governments was to ensure that resources and public facilities are moved closer to the people at the grassroots. Another objective was to ensure equity in development opportunities and fair distribution of resources. It is an opportunity to bring power and participation in governance closer to the people.

Devolution was entrenched to promote a democratic and accountable exercise of power, giving powers of self governance to the people and enhancing citizen participation in the exercise of powers of the state and in making decisions that affect them, recognizing the rights of the communities to manage their own affairs and to further their development, promotion of social and economic development and provision of the proximate accessible services throught Kenya. The devolved governments also have a duty to enhance checks and balances and the separation of powers whose purpose is to promote accountability and transparency in governance.

Article 175 of the constitution spells separation of powers as a major pillar in promotion of the principles of democratic governance which should be reflected on the county governments. The county government should have reliable sources of revenue to help them govern and deliver services effectively and also ensure fair representation by not having either gender exceed two thirds in representation.

Itâ€™s therefore only on the basis of article 174 and 175 of the constitution read together with the fourth schedule which spells out the functions of the county governments that an objective assessment and evaluation of the performance or lack of it of any county government can be done.

Using Machakos County as an example and in respect to the above stated parameters, its easy to note that the hype about the supposed good performance of the Governor is built on quicksand and only time will tell. False perception has been created to imply a competition among Governors with a conclusion that the Machakos County has finished ahead of others. This notion might be very misleading if an objective analysis is carried out. It will surprise many that some of the best performing counties might never be in the limelight in the first two years.

The county assemblyâ€™s duties include legislation, representation, supervision and playing an oversight role on the county executive but not to go to bed with them in a manner that prevents them from diligently exercising their constitutional mandate.

If the actions of the recent past are anything to go by, then the Machakos Countyâ€™s future in transparency and accountability is in question.

The principle of separation of powers was greatly undermined when the Machakos County Assembly members were taken to expensive retreats by the Governor while trying to entice them to approve his nominees .At the cost of the taxpayers money, the governor also organized a retreat prior to the approval of his county budget; allegedly to soften the hearts of the county assembly members. Eventually the budget was passed without any serious public participation. Due to the Governorâ€™s influence on the County Assembly members, the budget that didnâ€™t prioritize peopleâ€™s interest was passed expressly. This apparent waste of the taxpayersâ€™ money has also been seen through another joint retreat in South Africa by the Machakos Governor together with his members of the executive and the forty elected county assembly members. This raises a lot of questions on the priorities of the Governor given high levels of poverty in many parts of that county.

Its one dangerous trend the Machakos Governor has taken that will in future make the county assembly members too compromised to play their constitutional role.

Another misplaced priority in the Machakos County budget is the intention to put up a forensic laboratory, yet the constitution gives all the security responsibilities to be a function of the national government. The issue of forensic laboratories is a sad reminder of the Anglo Leasing scandal.

At this rate it will be wrong to consider the Machakos Governor as the model Governor for other counties. He is everything our other Governors should not be in order for us to achieve the true goals of devolution.

All Governors who consider themselves genuinely committed to devolution should do better than this. Kenyans should not allow themselves to be hoodwinked by Governors who appear to be doing a lot yet all they are doing is a public relations exercise with nothing significantly beneficial to ordinary citizens.

The writer is a Kenyan with an interest in implementation of the constitution. fwambanc@gmail.com