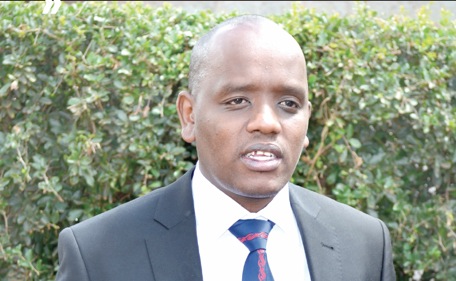 George Kegoro, is many things, a cheerleader of the ICC process on President Uhuru Kenyatta, a man who at one time wrote endless articles arguing Uhuru should not vie for President, warned of doomsday should Kenya elect UhuRuto and when it all flopped, he joined another team to attempt to stop UhuRuto from being sworn as President and lost on all fronts.

1. Jubilee is one sided in implementing Hate Speech Legislation – Reason?

Dikembe was arrested and charged, Moses Kuria was never charged in court

My Response: As Usual Kegoro, does not have even the simplest of facts, yet he presents his opinion as an authority on Truth from Ceasar’s wife. A basic Google search would have told him the Truth of the matter but of course he lies like the character in Nikol Gogol’s Government Inspector to an extent he believes his own lies and graduates them to FACTS for us to adopt even if they do not pass the very basic litmus test.

Source of his claim: Maina Kiai – The man who wrote numerous articles on ICC, Choices have consequences, Coup if Uhuru is elected and reportedly recruited/trained witnesses against Uhuru for ICC according to some witnesses such as Number 4

Reason: Dennis is just like Disembe, a cyber warrior for the President

My Response: I have never spread Hate Speech on any of my platforms, never even insulted anyone. When NCIC said they were checking me out I offered to sign a letter to FB and Twitter to hand over all my Social Media activity so as to lessen their time of investigating me and I further offered to appear in a public grilling over any update that bordered on hate speech – They did not even proceed with investigations it was clear they had no case.

3. DIKEMBE is being punished for political dissent, he is an ODM cyber fighter

Reason: Politicize the issue, after all he is equal to Dennis and Moses

My Response: Everyone is and shall always be responsible for what they say on Social Media, saying a certain community should be evicted from somewhere is something that cannot be ignored. Is Kegoro actually saying it should be let so that the government does ” not appear to be silencing dissent?”

4. I met Kegoro at the Supreme Court, where they opposed our application with Moses Kuria and Flo on spoilt votes, of course we beat them.Because theirs was a short term view of the electoral process and I will always remember what he told me almost in a fatherly tone, ” There is no need to fight us (Civil Society), you never know, tomorrow you will need us to protect you. Politicians are ruthless, they will use you and then abandon you, at that point you will need us in the Civil Society and we have seen that repeated so many times, if you continue fighting us we will also tackle and at that point you will have everything to lose”

My response was simple, ” Did I say anything that was not Factual?” of Course he kept quiet as I moved on to Betty Murungi who even if on the opposing side, maintained mutual respect.

Gladwell Otieno could not even shake hands – she declined telling me, ” I cannot shake hand with someone defending a Hague suspect” – well that is the promoter’s of Human Rights for You.Either way I said hello to her everyday of the Supreme court even if she did not answer the greetings. My role was to say Hello, it was within her rights to accept, decline or mute.

Most Importantly, what I say on social media is my responsibility and we cannot allow outright incitement because we will be viewed to be limiting freedom of expression.

Let everyone keen on spreading Hate have their day in court and to fellow bloggers activate Self Regulation, it is the best way.

Did Dennis Itumbi Threaten Maina Kiai or his family? He who alleges, should prove, let Kiai or Kegoro prove those baseless allegations, was it an sms? a call?an email? a Facebook message? a Twitter DM? How did I threaten Kiai’s family? or did I invade his home? Some things people claim are outright ridiculous and laughable.

Of course i know the wider agenda is to create a formidable blogger called Dikembe, by having us reply t0 that article in the Sunday Nation – Okay there it is we have played by your script.

I rest for now

You can read more of Dennis opinion and status update on Facebook Timeline.