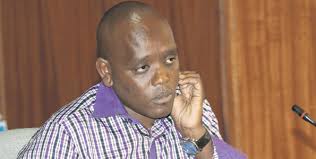 It is humbling to accept the limitations of our mental faculties and agree with Pascal that the heart has its reasons, of which reason knows nothing about, which is why Socrates told his students that a wise man knows himself to be a fool.
The man Dennis Itumbi, a â€œbloggerâ€ cum Jubilee activist and strategist is one man who might have never taken keen interest in Socrates teaching and even never spares time within is â€œbusy scheduleâ€ to listen to county music especially orchestrated by Kenny Rodgers.
He has been quick to engage the tongue through his notebook if he has any into overdrive with the mind forgotten in the parking mode when it comes to bashing Raila and the supporters of the CORD presidential candidate.
In one of the many posts he feeds us with, he narrates an ordeal in which he purports to have attended CORD meeting and brings us â€œlive coverageâ€ through facebook and quotes several luminaries and their plans for post result release.
He has perfected the art of peddling sickening prejudice laden clichÃ©s against the sympathizers and followers of the CORD brigades wakening ferocity in otherwise normal political humor. Whether these amount to hate speech, is an issue the so called NCIC should arbitrarily handle.
The alumni from Kenya Institute of Mass Communication if whatever is captured on his wall is legitimate, is surely a â€œjournalistâ€ on the verge of raw journalism. In some quarters it could be referred to as serving your audiences the news while it hot.
His troubles to some of his friends are brewed, cooked and served by the CORD supporters. To me, this kind of coded language is louder in self-interest as it tramples on higher ideals like freedom of association. It replicates the resilient sycophancy that has refused to dress up civilly among the current crop of journalist and bloggers alike.
The first lesson I learnt in Journalism class at Moi University was if you are angry donâ€™t pen it, sleep over it and try another day. Now this make the difference between going to school and the school going through you, between learning in an ISO certified institution and makeshift colleges.
We are all capable to fall victims of NCIC traps. We are all bond to make mistakes. However clumping all your misfortunes on the buck of a given group of people simply because they hold divergent views to yours I was taught, is an act of absurdity and an exercise that is meant to give more heat than light.
Remember a good head and a good heart is always a formidable combination. But when you add to that a literate tongue or pen, then youâ€™ve something very special- Nelson Mandela.
I rest my case.