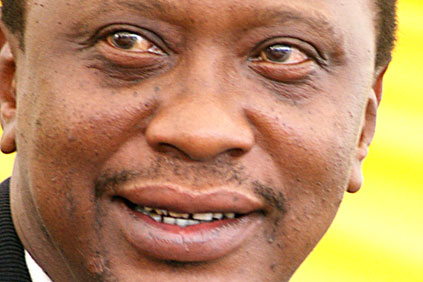 Early in his term, President Kibaki woke up one Saturday morning to find his living room occupied by a bunch of his ministers in a state of near hysteria. This was after his faction of Narc had walked out of Bomas.

They explained to him that they were there because the rival faction was holding a rally at Uhuru Park with the intention of bringing down the Government.

After they were done explaining, Kibaki enquired whether they had taken tea. An uncomfortable silence ensued. Kibaki broke the ice. â€œTukunywe chai,â€ he said as he ambled towards his breakfast table. And so ended a national crisis.

President Kenyatta and Deputy President William Ruto spent their Saba Saba day inspecting development projects. Development is the refuge of African leaders when confronted with political challenges that they either do not want to or are unable to deal with.

They inspected a new facility for issuing title deeds in Ruaraka, Nairobi, and progress on the new terminal under construction at Jomo Kenyatta International Airport.

I cannot think of anything more symbolic of the political challenges of our country than the title deed. It is the instrument of dispossession. It is the thing that most divides the haves and have-nots. Those who have it can leverage it to borrow money to invest on it and prosper. Those who donâ€™t can suddenly find themselves squatters on their own land at any time because a powerful person went and got a title deed for it. It is the ultimate index of greed, illegitimate wealth and power.

As for airports, suffice it to say that the vast majority of those people in Uhuru Park on Saba Saba have never used one, and are unlikely to do so in their lifetime.

The Jubilee Governmentâ€™s hysterical response to Saba Saba suggests that it could do with some schooling on the nature of our political, social and economic challenges.

A society is no different from a family. It thrives if all its members are pulling in the same direction. The task of social institutions, including political leadership is to elicit as much voluntary cooperation as possible.

THE VEIL OF IGNORANCE

People will cooperate more when there is agreement on how the burdens and benefits of cooperation are distributed.

The most influential ideas on this subject have been advanced by the political philosopher John Rawls, whose ideas, known as the theory of justice as fairness, are encapsulated in a concept he calls the â€œveil of ignorance.â€

It is demonstrated by the following thought experiment. Imagine that before you come into this world, you are required to choose who you will become by means of a lottery that entails picking cards out of boxes.

In one box there are cards marked tribe, in another gender, in another whether your parents will be rich or poor, in another you pick your IQ. There may even be a box marked sexual orientation.

It stands to reason that as rational unborn people, not knowing whether my tribe card will be written Duruma and yours Turkana or vice versa, born rich or poor, able bodied or otherwise, we will agree that since these attributes are arbitrarily acquired and morally undeserved (i.e. not earned) we will not, once we come into the world, penalise or reward anyone on the basis of them.

Rawls postulates that people crafting the governance of their society under the veil of ignorance would arrive at two governance principles, equality and fairness.

The equality principle requires that all people have the same equal basic liberties and freedom. This is the foundational principle of society as it is the one that makes diverse people to agree to be governed by the same laws â€” the lowest common denominator, so to speak.
The fairness principle is the idea that society should to the extent possible seek to level the playing field so that the cards we were dealt by accident of birth do not confer advantage or disadvantage in life. It is in two parts.

The first is that all privileged positions of society should be open to all and are subject to equal opportunity.

The principle means that if we sample any privileged positions in society say, directors of big companies or senior government officials, they should be proportionate to the cards dealt at birth, in other words, reflect the face of society. This is the thing we are calling inclusivity.

STAKING A CLAIM ON THEIR JACKPOT

The second, which Rawls calls the difference principle, is that privileged positions in society are only justifiable if they are to everyoneâ€™s advantage and they should benefit the least privileged members of society most.

This is to say, for example, that we are justified to use public resources to train doctors and pay them well because their skills benefit us all and further that we ensure that the poor are afforded medical services.

We know that our country is not exactly brimming with social cooperation. It is being torn apart by intolerance and vengeance. The cards we are dealt before we were born are more likely to determine our station in life than what we do.

We know that the distribution of positions of privilege depends on proximity to power more than anything else. We demand our share of public positions not on principle but so that we can â€œeat.â€

These being incontrovertible facts, the question is, are these consequences of choices we have made, or the cruel hand of fate? Are they errors of commission or omission?

â€œOne of the problems is to decide how much priority we should give to investing in less development provinces. To make the economy as a whole grow as fast as possible, development money should be invested where it will yield the largest increase in net output. This approach will clearly favour the development of areas having abundant natural resources, good land and rainfall, transport and power facilities, and people receptive and active in development.â€

One could live with the idea that we should invest we will yield the highest return, but pray, who gave the authors of this policy the power to decide that some people are more worthy of development than others?

Let us put this in family context. Since it is clear that Kiprono and Kamau have no chance whatsoever of going to university, school fees in this family shall only be paid for Onyango.

Did we really expect the marginalised to cooperate happily with the favoured? Having marginalised Turkana for decades, what is the moral justification for staking a claim on their jackpot now that their luck has turned?

â€œThere ought in theory to be no objection to the ownership of property or involvement in businesses by members of the public services to the point where their wealth is augmented perhaps substantially by such activities.â€

In theory? A theory postulating that it is okay for public officials in full time employment to amass wealth by doing business on the side? There is no such theory. But we know that a succession of high public officials have lived by this creed to the point where it is now impossible to draw a line between the public service and the private sector.

â€œThe achievement of independence in Kenya has brought with it great opportunities for individual advancement both as to main careers and in other less orthodox ways. It is understandable (really?) that public servants should have taken their opportunities like other citizens but if the benefits in some cases seem out to be out of proportion with other citizens it is inevitable that questions be asked as to how this came about.â€

Only that those who asked questions ended up in Kamiti or dead.

Uhuru Kenyatta is the poster child of this legacy. He should not be penalised for having been dealt this card. But he must also not be seen to benefiting from it.

To appear in a promotion for a questionable single-sourced government contract awarded to a company that is in business with a bank his family owns is either incorrigible impunity or an equally perilous lack of self-awareness.

The enactment of our Constitution gave Kenyans hope that the era of institutionalised social injustices was finally behind us, that finally every one of us belongs and matters. That the people we privilege with high offices will dutifully and respectfully work for us all, not lord over us while robbing us blind.

Demand for inclusive government is not about sharing power with the opposition â€” inclusivity is at the core of our new social contract.

Scaling up land titling without addressing the historical injustices about land is to add fuel to an already raging fire.

Justice demands that we are not to hold Uhuruâ€™s accident of birth against him, but he surely cannot expect that we are going to sit back and watch helplessly as he winds back the clock.

Once bitten, twice shy, or as we ask in Gikuyu, tuguthinjira hiti keeri? (are we going to slaughter for the hyena a second time?).

We also say that mwaria ma ndenduo (the speaker of truth is not liked). Let us speak, confront and accept the truth. It will not only set us free, it will unite us as well.

David Ndii is the Managing Director of Africa Economics. ndii@netsolafrica.com