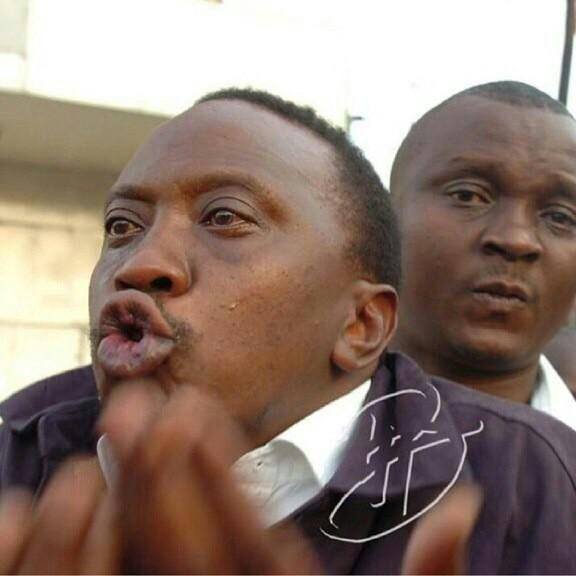 And I have no apologies! Even with the threat of execution, allow me speak!
———————————————————————————————-
By Hon Jim Bonnie via Facebook
If Uhuru will continue to misgovern Kenya on the basis of uniting Kalenjins and Kikuyus, then those two ethnic communities better secede and have their own country.

A quick review of Uhuru and Ruto performance as opposition leaders back in 2003 until I don’t know when, reveals an ugly show of ineptitude not worth history. They not only failed, but failed atrociously.

Then come to how they are misgoverning the state. They have crafted the current regime as a bi-ethnic affair. Nothing to write home about! They and their callous worshipers have fixed the unity of this country on peculiar beliefs.

There is a common denominator that decorates their performance, failure!!!

I have for long repudiated attempts to make any contrast between the mighty Raila Odinga and Uhuru Kenyatta. And I wonâ€™t break that tradition here.

Raila is a statesman whose standing in society of morals canâ€™t be paralleled to that of some Gatundu South kid handling our country like a family issue. Let me declare here that I am a proud Raila aficionado and I have no regrets to that effect.

These people live in relentless fear. Hitler was renowned for such misbehavior but was finally found hanging on a rope in his house later before the end of world war II. Is Kenya headed that rout? Am telling you, that would be a blessing!

Uhuru Kenyatta, a man I find hard to call president because he isn’t worth it, fits the perfect demarcation of everything despotic.

I say this because I canâ€™t bequeath such honorable title on someone who rules this country like some kind of Hollywood street gang!

We have for so long been treated to a comedy of facebook governance, Museveni-like fashion of dealing with differing voices and a babyish approach to pertinent issues facing this great nation.

But history teaches me that there existed people like Adolf Hitler of Germany, Saddam Hussein, Muammar Gadhafi, Iddi Amin – very authoritative. I can also infer that Uhuru is yet to reach 1/3 of their power and influence.

The same history gives me a tragic end of these strong men. I think this is where I as an individual derive my hope from and say, aluta continua.

This is an opinion piece and facts/assertions/rumours or whatever it is are those of the author. Kenya Today is an open Platform for all and sundry to express their opinions. Welcome