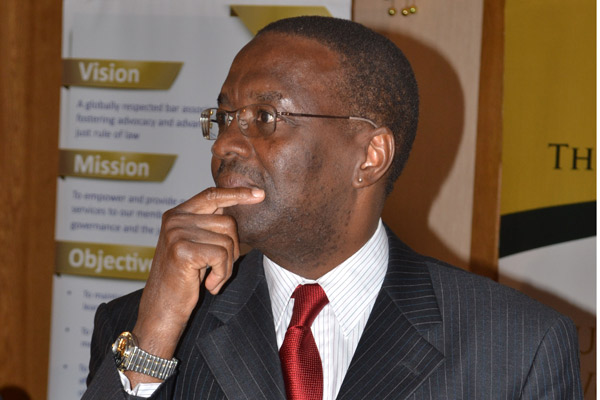 Hardly have we buried Mutula did Mutunga shot!

On the day when the Supreme Court dismissed all the prayers of Raila Odinga and others vs the IEBC, I dutifully stopped taking Chief Justice Willy Mutunga seriously.

Here was a court which used procedural technicalities to refuse submission of petitioners cache of evidences, here was a court relied on precedents from some of Africaâ€™s most archaic democracies, and when they left the continent for India, used the opinion of a dissenting judge and to arrive at a unanimous decision that the 2013 elections was free, fair, transparent and credible.

Granted, the declared winner would have indeed won; however, the conduct of that election when it was finally declared â€˜credibleâ€™ confounded many. It is these Kenyans, still utterly confused, unsatisfied and with no hope of ever seeing justice done, it is them who gleefully wish judge Mutunga a slow but painful exit.

As one who felt disenfranchised by the decision of the Supreme Court, and do not wish the judge a summarized ending, it took me so long to â€˜accept and move onâ€™; when I finally did, the President nominated one woman from my community in his cabinet. A neighbor would later tell me to be thankful!

When I first read the posting by the CJ, it took me back to the disdainful words of my neighbor. Apparently, the CJ too wants me to be thankful.

However, I wish to respond to the pleadings of the Chief Justice that I, (youth, voter, CORDed Kenyan), should dish out justice to the judiciary commensurate to the amount it dished out in Raila Odinga & others Vs IEBC.

It took the courage of Raila Odinga to approach the judiciary doorsteps; when he exited empty-handed, I too exited.

So in this piece, I do not want to make Dr Mutunga have a false impression that I have an iota of justice to dispense. It should be clear to the learned judge that his request, in so far as this citizen is concerned, has been dismissed in tone (strongly) and manner (contemptuously) and with no costs!

When in another Country the Supreme Court sat to preside over important questions of human history of racism in the landmark case of Brown Vs Board of Education of Topeka, the Chief Justice never mailed his compatriots seeking Justice after their decision, rather, the reverse could have happened.

The Supreme Court in Kenya was not an act in academic pursuit. In Kenya, elections do not just solve a recurrent five-year vacancy in the public service.

When this court was created, it was after very bitter experiences, some very bloody, which led to the realization that Elections in Kenya essentially legitimized five-year excesses of the incoming government.

Surprisingly, Judge Mutunga has been in precarious situations before. His nomination as the head of the judiciary was not without haggling and political horse-trading, which saw tables being banged, and men lose temper in public, we forthrightly stood with him. It took repeated usurpations of justice for kenyans to yearn for a person who symbolized a break with the system.

In Dr Mutunga, Kenyans finally believed they had fully crossed the judicial Rubicon and so dealt a blow to impunity and lawlessness. We just refused to listen to reactionaries who told us otherwise.

When cardinal Njue questioned how a divorcee could dispense justice, it was another Kenyan who wondered how a celibate had a â€˜moral pedestalâ€™ to judge a divorcee. Looking back in time, may be the celibate cleric saw something we could not see, may be.

When at some point Judge Mutunga was harassed at one of the countryâ€™s exits, and that knowledge trickled down, Kenyans were again infuriated, demanding that the judge be left alone to dispense justice.

Such is the resolve of Kenyans. We put high hopes in the efficacy of people so much that when these hopes are crushed; the enduring wounds can be nursed for decades, with vengeance, which only the Biblical Nazarite (for the Christian brothers) can save us from.

As I said earlier, I do not wish the judge a quick ending.