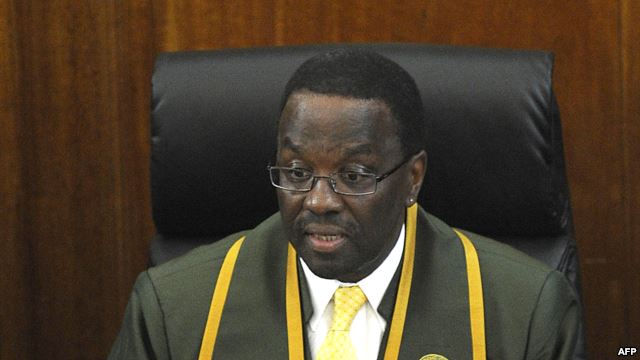 Recently the Judiciary, and particularly the Supreme Court, has been the target of attacks from Kenyans. We have been the target of attacks, slander, libel, and outright indecent, vulgar, and unacceptable abuses (Tanzanians term such abuses MATUSI YA NGUONI). Indeed, today a Kenyan gleefully tweeted that s/he wishes I had died instead of the late Mutula Kilonzo. We are human beings and we hurt, too. We have families that are hurting because of these attacks.

For me the most hurtful allegation was that I had been bribed in the Presidential Petition. I did not know where to turn. I have never been offered a bribe in my life. I have no doubt in my mind that anybody who dares offer me a bribe, regardless of status, would be the first one I arrest under the Constitution and the laws of this land. I do not believe I should sue fellow Kenyans in defamation. All I can demand from Kenyans is justice that they demand of me and the Judiciary I head. We must give justice to each other in implementing our progressive Constitution.

I acknowledge that public service means accountability to Kenyans. However, the same Constitution Kenyans use to demand accountability of us, and they invoke it for the protection of their freedom of speech, and for their right to public participation, also demands justice for judges and magistrates. The Constitution does not decree that Kenyans are not accountable for their actions!

I urge Kenyans to give us justice! To do so is simple. If you have any evidence of our wrong doing the Constitution under its Article 168 allows you to petition the Judicial Service Commission for our removal. And if you do not have such evidence then give us justice, treat us as family, compatriots and fellow human beings!

I and the Judiciary demand justice from Kenyans at all times!

Dr Mutunga is the Chief Justice and President Of The Supreme Court Of Kenya.