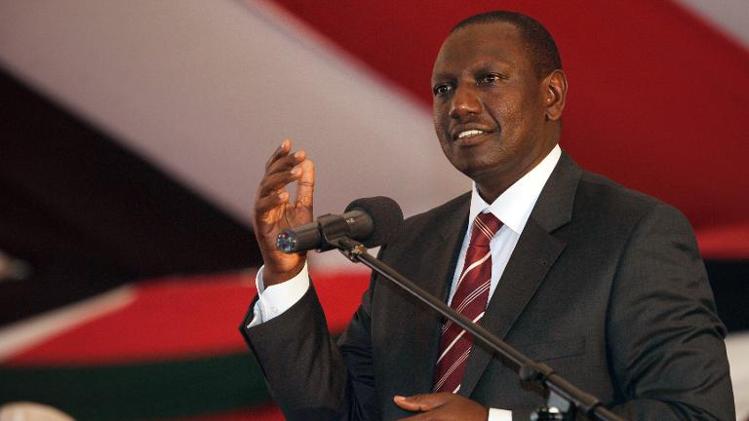 Corruption in Kenya is rife from the top echelons of government to the grassroots level of public service and other organs of government. It affects all ministries of national government (and recently â€˜devolvedâ€™ to the county governments). The National Police Service (NPS), for example, has in subsequent years been declared the most corrupt institution of government. It has been accused of taking bribes and kickbacks from offenders (the wealthy and the poor alike) in order to subvert the course of justice.

The Auditor General back in 2013 made staggering findings of how a third of the national government budget is unaccounted for each year; embezzled, misused or misappropriated by government cartels and corrupt public (and private) civil servants, and public officers. This translates to a whooping sh303 billion during the financial year 2012/2013 that was unaccounted for. For the financial year 2013/2014, the figure could have risen to over sh400 billion.

These ominous findings by the Auditor General have, nevertheless, not been taken seriously by the national government, as is its norm.

The perpetrators of the multimillion Golden-berg and Anglo-Leasing Scandals are still at large and none (if any) has yet to be sentenced or forced to pay reparations. What we had with Golden-berg trials was some sort of a near â€˜kangaroo courtâ€™ where the â€˜not guiltyâ€™ verdict was pre-determined by the â€˜powerfulâ€™ repute of the defendants.

Even so, the Police Force is yet to be uncluttered of its dreadful fiend of corruption because the political forces in government do not want to accelerate police reforms. In fact, to the government, accelerating police reforms to ensure the independence and sanctity of the force is equivalent to committing political suicide!

In a bid to pull the wool over the massesâ€™ eyes, the presidential team unveiled a website where Kenyans â€˜could report corruption incidents directly to the president.â€™ The presidential spokesperson Manoah Esipisu had been quoted as saying that â€œThe president is committed to clean government and this site advances his intention to act strongly against corruption.â€ However, it cannot be established yet how effective this scheme has been since no (if any) curated or indexed reports have been made public, nor has any impact assessment been done to ascertain how effective the methodology is. In fact, the site is no longer in use (not accessible at all).

Yet, to prove how the public has lost hope in the government taking action against corrupt officials, Transparency Internationalâ€™s East African Bribery Index Survey revealed that only seven in 100 Kenyans will report or complain about corruption if they encounter bribery. In fact, Kenya is ranked 139 out of 176 on the Transparency Internationalâ€™s global corruption perception index released in 2012.

Both Goldenberg and Anglo-leasing corruption scandals severely incriminated the Moi and the Kibaki governments as being the major perpetrators of the vices. Most of the government officials mentioned in the reports have been shielded by the present and previous governments from prosecution, although some have had prolonged court cases on the same. The beneficiaries of these scandals are still â€˜eating with a big spoonâ€™ whereas Kenyans still grapple with the myriad circumstances under which their hard-earned and hard-paid tax was embezzled without remorse.

We recently also had the infamous â€˜Chicken gateâ€™ Scandal where top officials of the defunct Interim Independent Electoral Commission (IIEC) and the Kenya National Examinations Council (KNEC) were accused of picking bribes from Smith and Ouzman (S&O) executives in order to secure deals for the S&O. Two top officials from the Smith and Ouzman company in the United Kingdom have been prosecuted by UKâ€™s Serious Fraud Office (SFO) and sentenced for this crime, but it remains to be seen if Kenyaâ€™s Ethics and Anti-Corruption Commission (EACC) will prosecute the Kenyan culprits, since it has been known to be the infamous â€˜toothlessâ€™ bulldog.

With corruption being rife in Kenya, whistle blowers have been unfairly targeted by the State. Some have been threatened, arrested, detained, tortured, killed or even forced into exile. An example is the predicament of the famous anti-graft czar John Githongo who brought into light the Anglo-Leasing Scandal in the Kibaki Government, and was in return forced into exile in Britain. Another is the recent detention of the famous blogger and comrade Abraham Mutai by the Directorate of Criminal Investigations (DCI) over allegations he had made on his blogs and social media handles regarding corruption in various counties in Northern Kenya.

The situation is made worse by the fact that between 70%-95% of Kenyans who are caught in trouble by the police opt to pay bribes in order to be set free. Also, Kenyans rarely stand up to condemn corruption, rather opting to accommodate it as a norm.

Therefore, with such a fertile environment for corruption to thrive and a hostile ground for whistle blowers to operate, Kenyans and the Kenyan Government need to re-think and organize to eradicate corruption once and for all. But this will only be achieved if we all have the goodwill and ability to do so, which I definitely think we have!