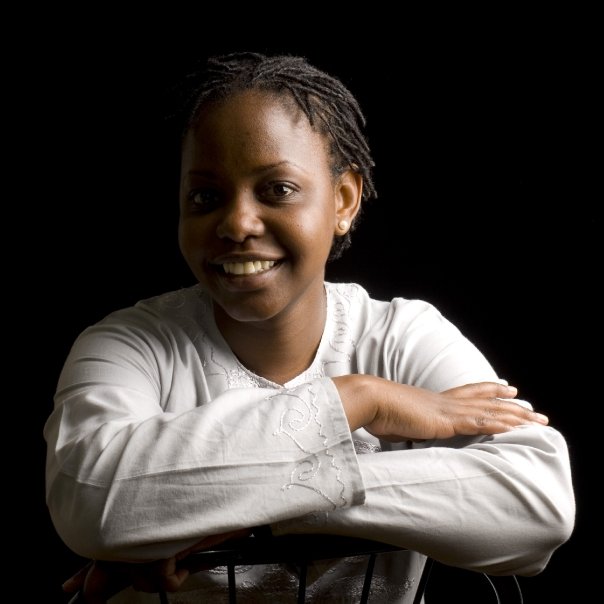 In mid October 2001 I almost quit being a TV producer intern after only 4 days on the job. I was in tears, it was lunchtime and I was rapidly swallowing cold beer after cold beer in the heat of Mombasa. I wanted to quit, right after I slapped the living excrement out of my camera man.

I was only 23 years old, a mom to a three year old boy, my own mother thought I was going to be Christian Amanpour and I was an intern for Reuters News service. Letâ€™s just say I had just had the mother of all mornings. I was inhaling my beer that way because I had just escaped a lynching. Jesus wept.

2 days earlier, my senior news producer had told me in a cold, disdainful voice to â€œ*expletive* go and find supporters of Osama Bin Laden among members of Islamic Party of Kenya, *expletive*â€. 2 weeks prior to this, the US had begun bombing Afghanistan.

So off we went to Mombasa; I and two experienced journalists to pick up a feature story for the news service. We spent the Friday morning talking to Sheikhs and Imams at Sakina Mosque. I will never forget one of the Sheikhs, a cross-eyed fellow who sincerely just gave me funny looks. I am guessing itâ€™s because we were with a white text journalist. Something about her just made him cross.

We waited outside while the cameraman took images of Muslims in prayer inside the mosque and snippets of cross-eyed yelling to high heaven about the demonic terror of the FBI. Now here is where really I should have been paying attention, but it was in Swahili and the guy was cross-eyed so you know, I just fiddled with my microphones and the nifty Nokia my camera man owned. As soon as the service ended, a flood of Muslim men came outside and one guy, out of the blue just approached us.

â€œYou are FBI!â€ he screamed at my white colleague. Before I could even react, she laughed, thinking he was joking. He slapped her right across her face, HARD. I was so shocked and dropped the microphone and by the time I picked it up, a group of young men were pushing and slapping us.

The next journalist managed to hand her business card to the accuser, and he saw that we were journalists with Reuters. So he nods his head and says, â€œHey! Itâ€™s ok! They are journalists!â€ but it was too late. The crowd had already been riled up by cross-eyed and now Mr. Slapper had set off a chain of events.

During this whole melee, I accidentally speed dialed our Nairobi office and the Senior Producer heard us screaming. So he frantically calls the Nation offices in Mombasa and his contacts in the police force. Meanwhile the cameraman has rushed out and got us into a vehicle and somehow, somehow the main Imam got the crowds to let us leave.

So here I was, swallowing way too much liquor for lunch, angry as hell at the cameraman for being inside the Mosque instead of outside so we could have left sooner, and quitting. In all of that horrible excitement, I only had one question in my head: WHY?

Why did they do that to us? Why were Muslim men attacking women journalists, on a Friday, outside their own mosque?

This conversation is the beginning of the explanation behind what happened to me, and what has happened to our Muslim brothers and sisters in Kenya, in the name of counter- terrorism.

To understand Islam in Kenya is to go back in time to the very history of this former colony; to a time when the only literate people in East Africa were Muslims. Long before the colonial government even began forming, the Muslim community at the coastal region already had a fully integrated Islamic based system and civilization; education, economic and social matters all united in one faith.

As a counter active measure designed to begin the process of dehumanizing and alienating Muslims, it became decree that anyone who was Islamic was illiterate, despite the exact opposite being true, and that anyone who did not speak English was uneducated. The idea was to supplant the knowledge already being passed on to the different ethnic communities and force them into western and Christian education that was inherently designed to enslave and misinform the people such that they can only become workers.

This measure is typical of the war on Islam; a measure that rides on ignorance, and the spread of fear and mistrust of anything Islamic. Since that time and even with the development of the colonial and later â€œindependentâ€ Kenyan government, the systematic tactic is to alienate and dismantle the Islamic systems and way of life among the people.

The result of this systematized dismantling of a culture, faith and way of life is that Muslims were utterly separated from their own ethnic communities upon saying the Shahada; this separation ensured that Muslims live completely ostracized from society by design. They become disinherited and loose connection with their people.

During the Bomas draft of the new Kenya constitution Professor Wangari Maathai proposed and pushed for a total 120 ethnic communities living within our borders to be protected in the tenets of the constitution. The fact of the matter is, regardless of what ethnicity you were born with, once you are a Muslim in Kenya, you are an entirely difference set of human species and are treated as such.

There has been a systematic build up of oppression on Muslim communities but two very significant world events set into motion the present circumstances that that Muslims around the world face, a dark and inhuman age all in the name of counter-terrorism. Those events are the US Embassy bombings in Kenya and Tanzania in 1998 and the Twin Towers bombing in the US in 2001.

In the coming weeks, I will explore the sequence of events and actions taken by the Kenyan government in the name of counter-terrorism that in fact oppress Muslim communities and have led to the radicalization of some by reason of reacting to being terrorized themselves.

This article was first published as part of the Storymoja Hay Festival Conversations. The Festival is on 19-22 September 2013 at the Nairobi National Museums. For updates please follow @SMHayFest on twitter or go to http://storymojahayfestival.com
Follow Betty on twitter @bettywaitherero