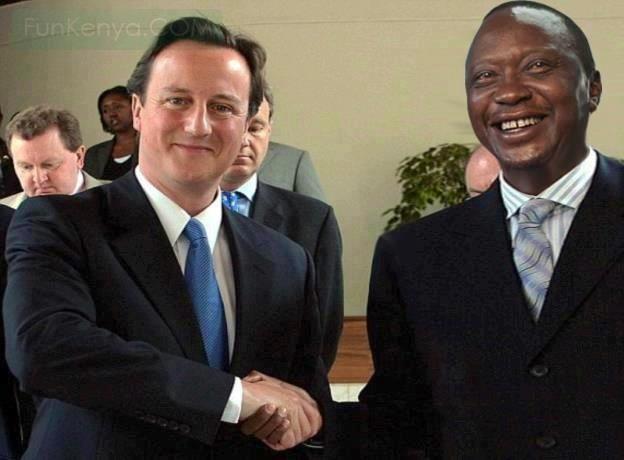 By Patrick Gathara via Gathara’s world

There is an interesting scene in one of those dreary, black and white independence era TV documentaries that the media trots out every national holiday. A colonial settler expresses his shock and outrage at the brutality of the Mau Mau uprising. He seems genuinely outraged that a man to whom you have been kind enough to offer employment, whose kids play with yours and who you have even allowed to live on and farm a small corner of your land, could steal into your house in the dead of night and massacre your entire family.

Of course, what makes the statement so unbelievably cretinous is the idea that the Africans should have been grateful for getting back a tiny fraction of what had been stolen from them. It seems that the colonials had come to believe their own hype, that the country’s bounty was theirs as of right. Today, I can’t help feeling that we , inheritors of the artificial country and systems they created, have been similarly lying to ourselves, and have become victims of our own hubris.

The problem with fake societies is their people do not feel anything more than a superficial duty to them.

Consider the recent elections. We invested a great deal of money in technology meant to safeguard its credibility and disregarded all concerns about its efficacy. When it all failed, we were unwilling to even consider that the results might be fraudulent. Despite all our earnest protestations, we were not really interested in democracy or the will of the people or justice. We were, on the contrary, quite content to fake a free and fair poll. Like the settler, we were careful not to give it too much thought lest we discover what lay under our seemingly honest exterior.

Similarly we celebrate our new and improved constitution even when it seems to do nothing to regulate the behaviour of our famously avaricious politicians. We speak reverently of a reformed judiciary though it still seems incapable of delivering justice. We have a penchant to compare the young(ish) duo in Statehouse with US President Barrack Obama, Â all the while pretending that it is normal to have an ICC-indicted president who has to be whisked through the cargo terminals of international airports, hidden from the press and whose hosts are camera-shy when he’s around.

Today the carpet of economic growth covers many ills. On the back of GDP figures and the number of kilometres of tarmac and fibre optic cable, we are taught to believe that things are improving, the country is moving forward, that we should just sit back and enjoy the ride. As a result, buoyed by narratives of a rising Africa and blinded by the gleaming towers of our cities, we forget that we live in one of the most unequal countries on earth, where wealth is concentrated in the top ten percent. On a per capita basis, the biggest economy in East Africa, as we like to refer to ourselves, ranks only a mediocre 24th out of 48 sub-Saharan economies. One survey of the income distribution of workers in the formal sector found that the top 10 percent lived off monthly wages that were more than 6 times those of the bottom 90 percent. In fact, another study found that the top 10 percent of households control nearly half of total income while the bottom 10 percent take home nearly nothing.

We have little inkling of the country that lies beyond those numbers which is still very much a Hobbesian one. Where men live without security and in constant fear of a violent death; where life is “solitary, poor, nasty, brutish, and short.” It is a place where people are set alight while crowds cheer and where young girls can be pulled kicking and screaming from crowded commuter buses to be gang-raped without anybody intervening.

We are also like to see things in isolation, to see the trees but not the wood. Thus we periodically rotate the thieves in government without tackling the systemic attitudes that incentivize bad behaviour. Like turning a blind eye to the rip-off that is the presidential retirement package while at the same time berating Mps for trying to get in on the enrichment act. We reach for legal bans as a quick fix to social problems even when we know that the laws are rarely enforced and even when they are, provide avenues for graft, can be ineffective and can even create worse problems. We thus celebrate traffic rules that fill the government coffers without doing anything about the anarchy on our roads and abortion bans whose only effect is to kill and maim our women and girls.

One would think it would be the job of the media to disabuse us of such inaccurate notions. But the fact is, the Kenyan media long ago shirked its duty to expose truth and to challenge our assumptions. In fact, it is itself a mirror of the society it serves. Famed across the globe as one of the most vibrant on the continent, it has produced award winning journalists by the dozen, many of whom have been snapped up by international networks. Yet back home,Â Â they are not given to critical scrutiny and revel in sensational tales of superstition and sex. For our comfort and pleasure, they provide us with a smattering of sanitized news bulletins conservatively sprinkled atop a diet of entertainment and advertising.

Though loudly proclaiming their independence and objectivity, they nonetheless seem almost as ignorant as those they are supposed to inform. As I was writing this, the news anchor on TV was saying something about the Mandera clashes. She declared, with little apparent embarrassment, that the fighting had been going on “unreported” for 3 months. It was unclear whose job she thought it was to do the reporting.

It seems that we are a nation that is determined to fake our way through the world. That we believe we can continue to pretend to be virtuous or successful and all will be well. However, at the end of that road lies an inevitable and painful collision with reality. Like the colonial settlers, we will eventually discover that we cannot paper over the truth indefinitely.