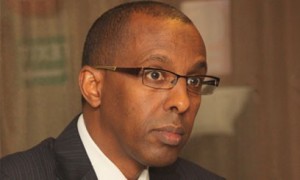 He was an agitator during the single party era and used to operate under the radar. He never denied his role in the 1982 attempted coup.

From the time he was elected secretary-general of Kanu until March 2013, Raila was in government in different forms and circumstances and played the role of the quintessential politician. It is only in post-March 2013 that Raila holds no elective posts and has no mandate from any political constituency. His only claim to political legitimacy is that he is a party leader.

So what role will he play and how should the government treat him? President Uhuru Kenyatta and his Deputy William Ruto should brace themselves and be prepared to deal with Raila the agitator because it is in this role that the former prime minister is in his element.

Uhuru and Ruto should be under no illusion on the mechanisation of Raila as an agitator. They will face all kinds of provocation, undermining, agitation, propaganda and riots.

Since he has no real job and too much time on his hands, Raila will be a thorn in the flesh of the new administration. An idle mind is the devilâ€™s workshop, goes the saying. Raila has enough time on his hands to ferment one problem after another for the administration. Only a well thought-out strategy that takes the fight to him will give the new government breathing space.

The ugly scenes witnessed last week during the burial of students who died in Kisii illustrates the point. It was too well choreographed to escape the attention of Kenyans that the heckling that befell some politicians had been planned well in advance.

The only good thing that came out of that incident was the new terminology coined by Raila. He talked of the need for Kenyans to unite and stressed the need to ignore the calls of â€œwounded leadershipâ€. Obviously he was referring to Uhuru and Ruto, but isnâ€™t he really the wounded leader whose actions and calls in the past four months have needlessly divided the country?
Wounded leadership
Raila is providing divisive and â€œwounded leadershipâ€, and that is a great disservice to the country. And because he is still in denial that he lost the presidential election, Raila has continued to hold the country hostage through this personal brand of leadership.

A day rarely passes without Raila launching an attack on the Supreme Court and the Independent Electoral and Boundaries Commission (IEBC). His constant claim that these institutions stole his victory has become an irritant irrelevance. But, for him, this refrain remains his only card to relevance because it reminds Kenyans that he is still around.

Raila is now a private citizen with no mandate from the public. He speaks for nobody. His views on issues are personal. He must internalise that. He lost the last election fair and square. The time for campaign and agitation is long gone.

It serves no purpose for him to constantly put the country in an agitated state. He must give space to those leaders who were elected by the people. He also needs to stop his attacks on the Supreme Court and IEBC.

Private citizen Raila should not delude himself that he can play the role of an opposition leader. Instead, he must come forward and pledge his total loyalty to Uhuru and Ruto and remain a patriotic private citizen.