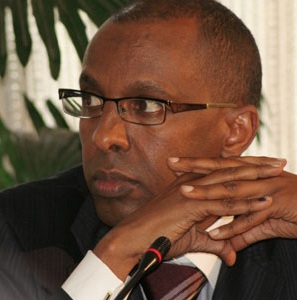 The call for national dialogue by Cord leaders has triggered a healthy debate among ordinary Kenyans and the political elite.

Cord is demanding that President Uhuru Kenyatta convenes an all-inclusive national dialogue. They also want a structured process in which they sit on the table with government to brainstorm on national issues and their solutions.

They have planned a series of political rallies in different parts of the country to put pressure on the government.

The government has dismissed out of hand the demand by Cord. It sees no need for such a meeting.

The government is right. Cord, under our democratic dispensation, is a loyal opposition and that is its constitutional abode. It must understand that this government was precisely elected to address the national issues Cord is raising.

The electorate in last yearâ€™s elections rejected the competing solutions to the national issues advocated by Cord.

The Kenyan people preferred the solutions proposed by the current administration to the national issues facing the country.
The demand by Cord luminaries ought to be appreciated in its true political context. Cord is coming to terms with three realities.

First, it realised that it has dismally failed to act as an effective opposition to the government in Parliament. Second, it wants to change the venues of engagement. It is abandoning Parliament as the venue and wants to agitate through rallies and on the streets.

Third, and most important, Cord leadership has realised the need to engage the people and be visible.

But why has Cord come up with this idea of a national dialogue? Why has Cord decided to take on the government at this point in time and in such a direct manner? And on whose side are the Kenyan people?

He needs to wake up and run the country effectively and efficiently.
Sample the following six blunders he has committed in the past one year to see why Cord thinks they have him in the right place.

First, Kenya faced a terrorist attack at Westgate Mall. Our security organs failed miserably. The President, instead of investigating it, allowed for a cover-up. He came out as a President beholden to the top echelons of the security agencies.

The President admitted that Prof Githu had let him down. Instead of firing him, he forgave him and it is business as usual.

Third, President Kenyatta was sold the prescription that the countryâ€™s security problems start and end with the Somali community. He swallowed it.

For two months and seven days, security agencies every day and night raided the Somali inhabited neighbourhoods in major cities. No government has ever taken such a tribal perspective on national security.

Four, the government has seemingly adopted an official state policy on extrajudicial killings.

Several Muslim clerics at the Coast have been killed but the government has not provided details of why and who killed them despite doing investigations.

Five, President Kenyattaâ€™s administration has been undermining the Judiciary from the day the Supreme Court ruled in favour of him and his deputy.

In a strange twist of fate, the government sees the Judiciary as a mortal enemy. For six months, the President has refused to swear into office 25 judges.

The justice system is approaching a breaking point.

Six, corruption in government is big, ugly and rampant. This is especially in ministries like Energy and Infrastructure. Huge tenders have become the preserve of Chinese state companies. The standard kickback stands at 10 per cent.

Cord, despite its weaknesses, is tapping into a national grid of discontentment. If President Kenyatta wants Kenyans to ignore Cordâ€™s noises, let him deliver on his promises. He has the cards, and the ball is in his court!

This article was published by the Sunday Nation