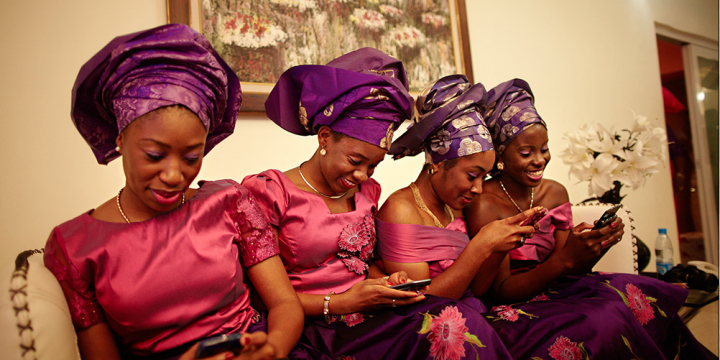 A bill has been proposed by the Kenyan ministry if Education stipulating that children up to the age of 8 in classes 1-4 be taught in their respective mother tongues!

I have been watching the reaction of my fellow countrymen and women with interest as they shun the bill!

I was born in Mombasa to a Gusii mum and a Taita Dad! Due to my parents respective circumstances at the time, I was in their stead, brought up by my maternal grandparents and consequently am fluent in Ekegusii but can hardly speak Kitaita. I am desperate to at least even understand the language of my forefathers!

I am bringing my kids up in Europe- and they are not only missing the languages of our heritage but the rich experiences of our diverse and very enchanting cultures.

Arguments being out forward are the nonsense of of the poor grasp of English and ending Tribalism. I have been watching a one Mr Ban Ki Moon who holds an absolutely lucrative job with the poorest grasp of English often aired on television!

Africans want to not only learn English, French, Italian, Spanish, Portuguese and not Lingala, Swahili, Ibo, Yoruba, Zulu, Shona, Chewa, Tswana, Chaga and the 1,000 other absolutely colourful languages that our continent should be so proud of!

If I remember right, The English actually colonised, ransacked and raped our country killing our people! I am good in English because I was taught from an early age to not value my own languages and to think British, dress British, eat British, watch British, act British and go to the toilet British! I eventually ended up in Britain and literally became British! All as a result of some horrible history that Kenya shares with Britain.

Not all is bad about Britain, after all some of us would not otherwise amount to anything given the corruption, tribalism and nepotism at home- but that doesn’t mean we worship the British at the expense of our own identity! Mark you, Britain still teaches her children about Kenyan ‘terrorists’ – The MAUMAU whom we regard as Freedom fighters!

I look back at the richness of my culture and the loss is immense! My identity cannot be fully recovered- and whatever effort I make to integrate my kids to their roots, I find it so little, so futile! Their first language is English and second, German, except with the littlest who is first German, then British, then Kenyan! By the time she gets to being Kenyan, she’s totally lost in translation.

The diasporans’ situation may seem enviable, however when you forget who you are, and where you come from you are a slave. A huge sense of self worth and dignity is lost! Life isn’t about convenience.

I cannot name many plants, animals, birds, places in my own native tongue
I cannot even explain the body parts of my handsome self in my own tongue! I am not so fluent in my own languages as I should….And that’s why I admire The late President Mwalimu Julius Nyerere if Tanzania!

Tanzania has about 200 different colourful tribes and dialects! Swahili is universally taught alongside the tribes…despite not concentrating much effort in foreign languages, Tanzanians are the most Cohesive country in Africa- try calling a random number- whoever answers will refer to you either as ‘rafiki’ or ‘ndugu’ (friend or brother )!

The illegitimate government is totally directionless and their rationale didn’t go as far as culture and heritage- however this is an opportunity to translate their short-sightedness into something we can be proud of a few years from now!

About time we appreciated and put emphasis on keeping in touch with ourselves- our culture, heritage and values and take pride in the Beauty of Ourselves in Africa!