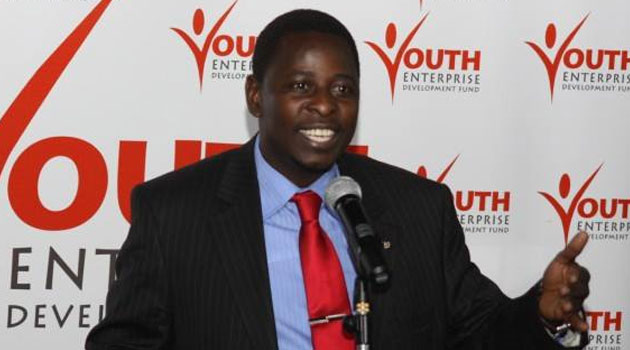 Youth Enterprise Fund CEO and businessman Gor Semelangâ€™o was mentioned as among government officials who fixed Deputy President William Ruto at the Hague.

In a letter by Internal Ps Mutea Iringo to Rutoâ€™s lead defence attorney Karim Khan, QC, protesting the mention of his name by Rutoâ€™s defence team, Gor was listed among seven other individuals in a conspiracy to fabricate evidence against the Deputy President who was then a senior member of the Orange Democratic Movement ( ODM) party.

â€ Among other people you mentioned as having been part of this conspiracy include; Njenga Mwangi, Peter Maundu, George Morara, Evans Gor-Semilango, Joseph Njoroge, Jack Wambora and Thomas Mbewa,â€ reads part of the letter.

Mutea accused Ruto of playing â€œpolitical gamesâ€ with his case at the ICC but in a quick rejoinder, Khan dismissed Iringoâ€™s concerns, stating that his team stands by the submissions it had made in court.

â€œWe will not be deterred by any pressure or extraneous interests or attempts to dissuade us in the discharge of our responsibilities,â€ Khan said in an apparent response to Iringoâ€™s letter.

Gor was among the last appointees of President Mwai Kibaki in February to replace James Gitau Singh in the lucrative Youth Enterprise Development Fund. Earlier, he had served as the Chair of the National Youth Council steering committee.

It is unclear whether he is among the people URP want evicted from the government.