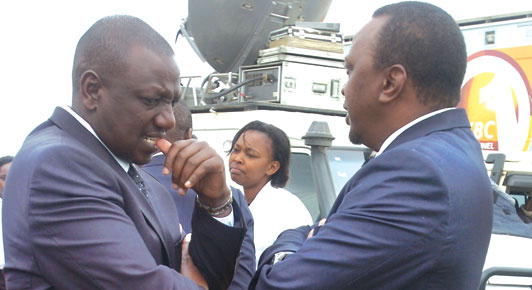 Hate leaflets are being circulated in Tinderet sub-county asking members of one community to leave the area.

The leaflets, written in Kiswahili, warn the community to vacate within a week or else their property would be looted.

One such leaflet addressed to Ms Wanjiru Joyce, says: â€œPlease, leave within one week with your children or else you lose everything.â€

It accuses Ms Wanjiru and her colleagues of threatening to have a local chief and assistant chief sacked.

The leaflets also accuse members of the community of receiving Sh400,000 for internally displaced persons while the host community was left out.

Nandi County Commissioner Matilda Sakwa said investigations were under way to establish those behind the hate messages.

She said a suspect had fled to Mombasa on realising that detectives were after him.

The commissioner assured various communities in Tinderet that the government would not allow any person to cause tension among residents who had lived harmoniously for many years.