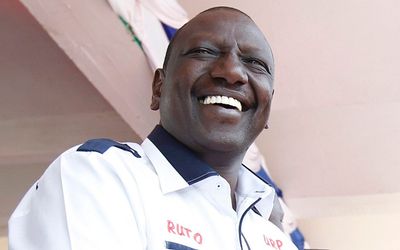 President Uhuru Kenyattaâ€™s close circle of advisors is firmly in the spotlight after he was forced into another embarrassing retreat in the face of harsh public scrutiny.

Despite the brave face exhibited by the President and his handlers, it has again emerged that his capacity to make appointments in the public service has serious limitations. This is after the Kenyatta administration moved to correct its blunder in the appointment of former presidential aspirant Abduba Dida as chairman of the Constituency Development Fund Board last week. That was not all.

It emerged that the President and Devolution Cabinet Secretary Anne Waiguru had both gazetted Didaâ€™s appointment days apart in a classic case of the left hand not knowing what the right was doing. As the debate over the failure by the Presidential advisors to offer him sound guidance raged across the country, it has been revealed that the President last week appointed more advisors to seal the loopholes.

The latest in an attempt by the Presidency to improve the battered image has seen the appointment of legal adviser in the office of the Deputy President Korir Singâ€™oei as the head of Office of Legislative and Intergovernmental Public Engagement (OLIPE) unit. The unit will have three departments with Legislative affairs headed by Jasper Mbiuki, while the Parliamentary affairs will be led former Kisauni MP Anania Mwamboza. Public policy expert Patita Tingoi will lead the Intergovernmental affairs department.

It has all gone terribly wrong over the past few weeks that, apparently, not even the second in command Deputy President William Ruto appeared not to know what was happening. His guess is what was on many lips in the country â€” that the President was not getting sound advice before making the appointments. Disappointing â€œWe will be asking them very hard questions,â€ the Deputy President said of the Presidentâ€™s advisors as he confirmed on national TV they have been misadvising his boss. So who could be responsible for the mess that is going on at State House where President Kenyatta operates since his appointment early last year?

The damning question on the lips of Kenyans remains who exactly are these presidential advisors and what are their roles? Members of Parliament point the finger at Attorney General Githu Muigai because of his position as the governmentâ€™s chief legal advisor. â€œAny Kenya Gazette notice must get the nod of the office of the Attorney General and it is therefore perplexing and very disappointing for him to say he did not write the letters,â€ said Kirinyaga Central MP Joseph Gitari. The soft spoken AG has defended himself, claiming that he and the President can only intervene when asked for advice by the line ministries.

Gitari, however, wants him to take full responsibility because he should advise the President adequately on any appointments. Apart from the latest appointment saga, the President has since assuming office made a series of goofs that have left the public doubting the quality of the counsel he receives. Upon his swearing in on April 9th, 2013, President Kenyatta appointed to office a number of advisors drawn from various professional backgrounds. Blending fresh blood and seasoned hands, Kenyatta

retained some of former President Kibakiâ€™s advisors who still call the shots at State House. Speech writing Among those retained include Kibakiâ€™s former chief political advisor Nancy Gitau. Former Finance PS Joseph Kinyua played role of economic advisor for two months before he was elevated to the influential position of Chief of Staff and Head of Public Service.

There are those who feel Mr Kinyua is like a de facto prime minister taking away some clout from the Deputy President. Kenyatta brought on board former Cherangany MP Joshua Kutuny as a senior political advisor and former PS Lawrence Lenayapa as State House Comptroller.

The appointments also saw former print media columnist Mutahi Ngunyi, he of the â€œtyranny of numbersâ€ fame, secure a similar position to Kutunyâ€™s but based at Office of the President.
Setbacks Former Mandera Central MP Abdikadir Mohammed was appointed as a constitutional advisor, while former Kengen Managing Director Eddy Njoroge is economic advisor.

Lawyer Eric Ngâ€™eno was plucked from the Kenya Sugar Board where he was the legal counsel to become director of speech writing, the Presidentâ€™s nephew Jomo Gecaga landed the position of private secretaryâ€™s slot and is the man in care of the Presidentâ€™s diary. Outside State House, Kenyatta retained Prof Muigai as the Chief Legal Advisor, based at the State Law Office. Solicitor-General Njee Muturi, who for many years was Kenyattaâ€™s personal assistant, is also another key advisor based out of State House.

Of more interest, however, is the fact that the President made Didaâ€™s illegal appointment seven days after his Planning and Devolution Cabinet Secretary had appointed him on December 24. Ms Waiguru later revoked Didaâ€™s appointment through a Kenya Gazette notice on January 3. Two months earlier, the National Authority for the Campaign Against Drugs and Alcohol Abuse Chairman, former Naivasha MP John Mututho, had been named to the position only for the President to revoke the appointment after Parliamentâ€™s backlash.

Ruto, while speaking during the morning show on Wednesday, said the culprits would be held to account. â€œIt should not have happened. Those who made the President to sign the gazette notice without proper diligence will be asked hard questions,â€ said Ruto.

Attempts by the President last November to suspend six Judicial Service Commission commissioners and form a tribunal to probe their conduct backfired after the High Court reversed the decision. The five member tribunal that was to be chaired by Aaron Ringera had Jennifer Shamallah, Ambrose Otieno Weda and Mutua Kilaka as members.

Experts have opined that the multi trillion project that the President officiated in Mombasa might be the scandal of the year because of the controversy it has generated. Although it is too soon to pass judgment, Kenyans are hoping that it will not cause the mother of all embarrassments to the president. The commissioning came in the wake of questions raised by the AGâ€™s office, Public Procurement Oversight Authority and the Deputy Presidentâ€™s office over the costing of the railway that will initially run to Nairobi and then onwards to Malaba and Kisumu before crossing the borders to Kampala and Kigali.

The debate over the cost and the tendering has persisted with Nandi Hills MP Alfred Keter leading the onslaught by those who have strongly questioned the deal.

Starehe MP Maina Kamandaâ€™s Transport, Public Works and Housing Committee has begun investigation into the deal while Public Investment Committee chaired by Eldas MP Adan Keynan is set to begin a parallel inquiry soon. Kenyatta was heavily criticised late last year, after he signed the controversial and defective media bill into law despite widespread outcry and condemnation from Kenyans. Critics argued that the tribunal created by the media bill to look into the ethical complains on journalists and media houses has penal powers which should only be a preserve of the Judiciary.