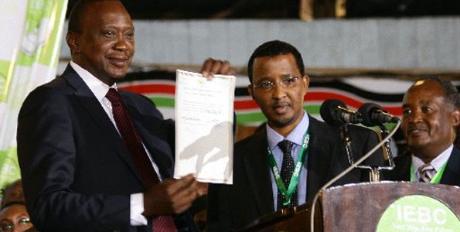 Finally BIG-BALLS Jicho Pevu duo of John Allan Namu and Mohammed Ali are to expose what exactly happened in the night of 4th March 2013 and all other events that led to declaring Uhuru president elect.

With Uhuru Propaganda machine having infiltrated major media houses including the Standard Media group, question abound as to what the expose will be about, will it be a Uhuru cleansing series/episode? most likely YES, but heeeey these two boys have done a good job before, no need to doubt.

The timing of the programme is great as it will divert attention from Uhuru’s misguided pay cut campaign for public service employees.