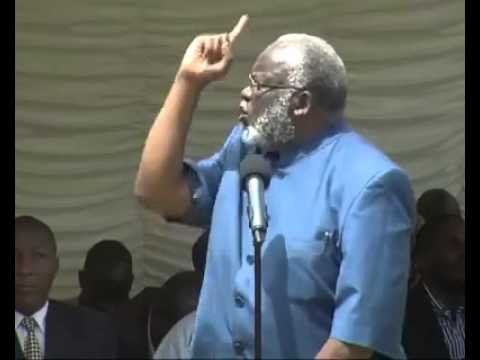 Dr Machage protestedÂ President Uhuru’s government ethnic isolationism, warning that he will lose the respect of citizens as the President.

HeÂ jibbedÂ at Uhuru,severally, with allegories, to send his message home. He told Uhuru to expand his development agenda to include even areas that did not vote him, like Nyanza.

President Uhuru later left the funeral for a wedding in Meru. But clearly, the message was really delivered to his excellency. Watch the video post as captured by Fred Omulo: