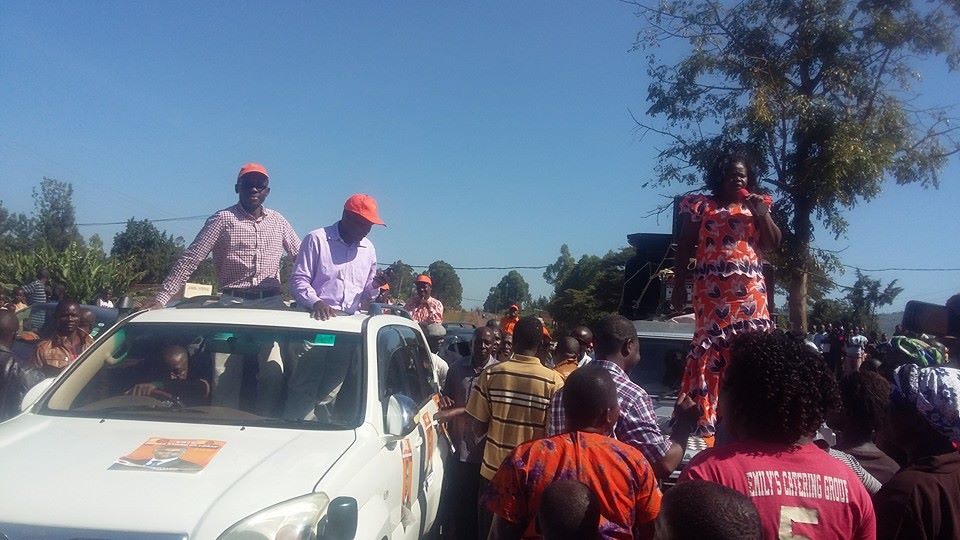 It was a rough start for ODM’s Moses Kajwang’ in his maiden tour of a county he is being pushed to represent in the senate, his team encountered a hostile reception when members of public heckled and pelted speakers in more than 5 stops in the county. At some point Kajwang’ body guards had to shoot into the air to scare a way members of the public who attacked the team

Here below is how leading media houses reported the breaking news.

Nation Media Reporting: GUNSHOTS RENT the air at Olare market in â€ª#â€ŽHomaBayâ€¬ after a hostile crowd charged at an ODM team on an introductory tour of Mr Moses Kajwang.

The team led by ODM national chairman John Mbadi was greeted by the a crowd of young people who expressed their dissatisfaction with ODM’s nomination of the late senator’s brother.

The youths who were chanting, “we want elections not selection,” forced body guards to shoot in the air in a bid to disperse them.

The crowd was also heard chanting the name of former Rangwe MP Philip Okundi. The party has experienced a number of resignations following the controversial nomination of Mr Kajwang’ with the latest being former Raila Odinga’s aide Silas Jakakimba who Saturday announced that he is running on a UDM ticket.

Party chairman Mr Mbadi was Saturday locked up in a meeting with area MCAs elected on an ODM ticket in Nyakweya Hotel in Kisii over the controversial nomination of Mr Moses Kajwang’.