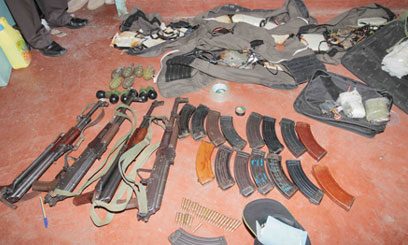 An official of the Al-shabaab militant group has revealed that over 200 members are ready to be suicide bombers everyday.

In a video seen by Kenya today, an identified official who spoke on anonymity exposed that their members are always ready to retaliate upon orders from the commanders.
The video posted by KTN NEWS Investigations editor Hussein Mohamed also shows where a former Al-shabaab militant chairman was killed and the aftermath of that.
An investigative promo which is currently going viral also saw Kenyan government officials saying that they are ready to combat the terror network with their current enhanced capacity.
A militant says they were forced to either shoot or behead victims they found sometime back when the attacked a place.
Another militant also courageously said that she has decided to die “nimeamua kufa mimi”.
Al-Shabaab attacked Kenya in January this year leaving over 21 people dead among them foreign citizens.
The full investigation story will be out soon.
HERE IS THE VIDEO