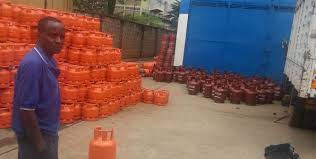 An attack on Prime Minister Raila Odinga’s private business- East Africa Spectre in Nairobi’s Industrial area by unknown people has left his family in shock, the attack that happened on Sunday night just a day after the supreme court ruling raises many questions.

Raila’s presidential campaign secretariat boss Eliud Owalo immediately launched a complaint with the Inspector General of Police, in a press statement posted on his facebook, Owalo hinted at a possible hand of mercenaries in the attack. Here is Owalo’s full statement:

I am greatly disturbed and hereby condemn in the strongest terms possible the raid and vandalism of the business premises of East Africa Spectre,a firm closely associated with Raila Odinga.

I have just placed a call to the Inspector General of Police to complain about this issue, and further make a public appeal to his office to move with speed and diligence to not only apprehend the culprits but also unearth the motive behind this ill motive.

It is unfortunate that just one day after the Supreme Courtâ€™s ruling upholding IEBCâ€™s declaration of Uhuru Kenyatta as the 4th President of the Republic of Kenya, we are already witnessing what may be interpreted as acts of intimidation and economic blackmail aimed at silencing political dissent reminiscent of the dark days of the 1980â€™s where divergent political opinion was systematically vanquished by the state.

I therefore urge President-elect Uhuru Kenyatta to make it his cardinal responsibility to upholds the letter and spirit of the constitution so that Kenya does not slide back to events of the single-party era.

At this point, it is imperative to reiterate that whereas Raila Odinga accepted the verdict of the Supreme Court despite all the misgivings of his support base about the same, all stakeholders within the Kenyan political spectrum must be prepared to live with the fact that Raila Odinga will remain at the Orthocenter of Kenyan politics for a long time to come.