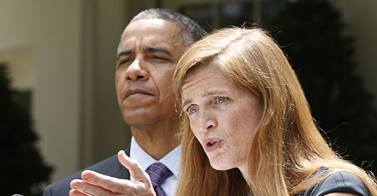 Thank you. The United States abstained on this vote because we believe that the concerns raised by Kenya regarding the International Criminal Court proceedings against President Kenyatta and Deputy President Ruto are best addressed within the framework of the Court and its Assembly of States Parties, and not through a deferral mandated by the Security Council. This position is consistent with the view that we shared with the African Union Contact Group at the Councilâ€™s Informal Interactive Dialogue at the end of October.

Further, the families of the victims of the 2008 post-election violence in Kenya have already waited more than five years for a judicial weighing of the evidence to commence. We believe that justice for the victims of that violence is critical to the countryâ€™s long-term peace and security. It is incumbent on us all to support accountability for those responsible for crimes against humanity.

At the same time, we want to emphasize our deep respect for the people of Kenya. We share their horror and outrage at the recent Westgate Mall terror attacks and understand their desire both for effective governance and for accountability under the law. We are mindful, as well, of the importance of these issues to the member states of the African Union that have raised similar concerns. We recognize that the situation the Court is confronting in these cases is a new one â€“ the ICC has never before had a trial of a defendant who is also a sitting head-of-state, or a person who may act in such a capacity, and who has appeared voluntarily subject to a summons. Accordingly, we are encouraged that Kenya is continuing to pursue its concerns through an ongoing ICC process.

We are also encouraged that the Assembly of States Parties, which includes the government of Kenya, is working to enable trial proceedings to be conducted in a manner that will not force the defendants to choose between mounting a vigorous legal defense on the one hand and continuing to do their jobs on the other. The Assembly, which under the Rome Statute has responsibility for overseeing the Courtâ€™s administration, will meet next week, and will have the chance to engage in dialogue and consider amendments that could help address outstanding issues.

Because of our respect for Kenya and the AU, and because we believe that the Court and its Assembly of States Parties are the right venue for considering the issues that Kenya and some AU members have raised, we have decided to abstain rather than vote â€œnoâ€ on this resolution.

The United States and Kenya have been friends and strong partners for half a century. We value the friendship and will continue working with the government and people of Kenya on issues of shared concern, including security against terror, economic development, environmental protection, the promotion of human rights, and justice. We also continue to recognize the important role that the ICC can play in achieving accountability, and are steadfast in our belief that justice for the innocent victims of the post-election violence in Kenya is essential to lasting peace.