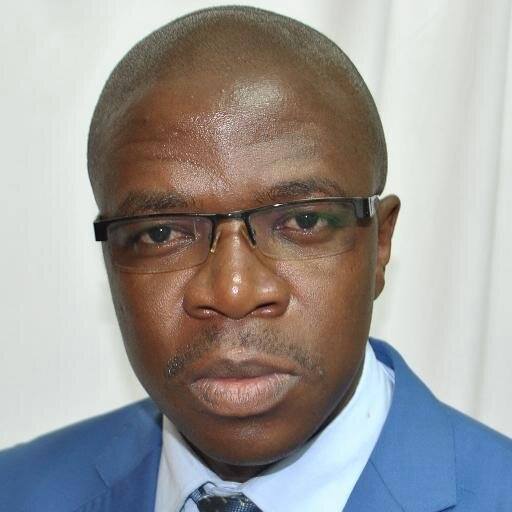 If journalists like Isaac Ongiri are the future of the fourth estate in Kenya, then God help this country! Isaac Ongiri launched an unprovoked diatribe against the person of Eliud Owalod Owalo.

Ongiri has a knack for chasing extraneous and diversionary stories instead of conducting research and interviews then reporting on actual facts. Apart from relying on handouts from parliamentarians, he is reportedly writing a book to supplement his income that has taken a hit from demands of multiple girlfriends the man entertains in clubs within the CBD.

Isaac Ongiri is presently a Senior Political Reporter for the Daily Nation. This is apart from being in the payroll of Jubilee politicians, and some Jubilee leaning CORD MPs. Sample this: Last week at the ODM parliamentary group meeting, against all the rules of professional ethics, Ongiri (and one other reporter from the Star) accepted a bribe of Ksh10,000/- each to distort their reports of the PG meeting by reporting that the Budalangi MP had made demands on party elections thereby throwing the meeting agenda into disarray.

Of course that story did not see the light of day because it was pre-empted on social media. As a result of Ongiriâ€™s incompetence and editorial lethargy, the Daily Nationâ€™s coverage of political news has progressively grown superficial and embarrassing. One wonders why the Nation editors continue to publish Ongiriâ€™s tabloid-like tripe without much second thought given that his reports are often politically biased, poorly researched, unobjective and unfocused.

Most people agree the Nation is no longer the publication they used to look forward to each morning since it generally lacks rigour and logical basis. Like Mudavadi, Wamalwa and such other losers, Ongiri had been promised a state job after Jubilee rigs itself into government but a year down the road, nothing has been forthcoming.

Well, Ongiri was shortlisted for a parliamentary reporters job and even interviewed by the PSC, but his name was amongst hundreds others and he was never recruited. Still, that could not open his eyes to see the folly of his efforts. At the moment, Ongiri is right in the centre of a choreographed conspiracy together senior figures at Orange House last week to leak an unauthorised list of ODM parliamentarians who have arrears pending in their monthly party subscriptions.

That list comprised mainly MPs who have told of those agitating for party elections. We therefore should expect at least a weekly anti-CORD newsreport from Ongiri, and another praising the so-called Subanese for trivial public undertakings. Ongiri today has the nerve to question Eliud Owaloâ€™s professional standing. Ongiri, of all people, is wondering if Owalo could fit into the shoes of James Ongwae (now Kisii governor) who previously headed the Raila Odinga campaign secretariat.

This is something I hope Owalo will ignore much in the same way he ignored another hired political mercenary Ngunjiri Wambugu who the Star pays a paltry Ksh5000/- per article to write a weekly anti-Raila column.

Ongiri is trying to drag Owalo into frivolous and inconsequential non-issues that are in all likelihood sponsored by Ongiriâ€™s Subanese village-mates known to have recently been reported as having scammed the CORD presidential campaigns. Do not go far to gauge Ongiriâ€™s own professional standing.

During the inaugural Media Council of Kenya – Annual Journalism Excellence Awards [AJEA] in 2002, Ongiri was nominated 3rd runners-up in the less glamorous gender category, with his colleagues Dann Okoth and Nyambega Gisesa running away with the main print journalists award, whilst Mohammed Ali of Jicho Pevu bagging the overall journalists of the year award.

Ongiri did not feature anywhere in the 2013 media awards gala event showing how much in journalistic cesspit he had sunk. Prior to joining the Nation Media Group in 2012 Isaac worked for the Standard Group as a Senior Political writer for the Standard Before that, Isaac was a parliamentary reporter at the Star from 2009-2011.

Before joining the Star Isaac worked for the Standard where he began his career in 2002 for four years as cub reporter. I hold no brief, but the conclusion is Ongiri should desist on making silly ridicule on Eliud Owaloâ€™s public standing. Owaloâ€™s work is recognized by many in private and public sectors, including such prestigious bodies as the U.N. who have contracted him to undertake various assignments.

And unlike, handout receiving Ngunjiri and Ongiri who are punching way above their weight, Owalo is a self-made successful businessman who instead of earning a salary to run the CORD campaign, actually made a substantial contribution of his own towards the kitty and in the process sacrificing business commitments only for Jubilee to steal the victory!