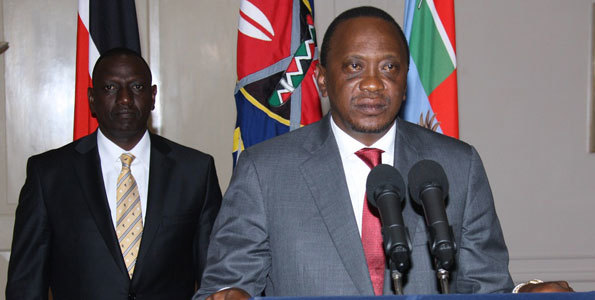 Police on Thursday made an about-turn and allowed Cord to hold its rally in Eldoret on Friday even as they warned that there could be violence.

The meeting will be addressed by Cord leader Raila Odinga and its aim is to push for national dialogue on key national issues.

The decision to allow the rally was made after a meeting between county political and security leaders in the office of Governor Jackson Mandago.

Inspector-General of Police David Kimaiyo had banned the rally, saying intelligence reports indicated that some people planned to disrupt it.

On Thursday, Uasin Gishu ODM chairman Kipkorir arap Menjo said the police had finally allowed the rally to go on. It will be at the 64 Stadium.

â€œAfter a discussion with the governor and other parties, we have agreed that our meeting will go on as was planned and that security will be catered for by the police,â€ he said.

â€œArrangements such as paying for the grounds are fast getting underway, so we are good to go,â€ Mr Menjo added.

Mr Mandago said it was resolved that the rally be held but there were many security concerns.

â€œWe have been advising them to have their rally rescheduled because intelligence reports cited some tension but after they pressed on with their adamancy and disobeying advice, we just told them to have their rally,â€ he said. Police said 22 people suspected to be plotting to cause chaos at the rally had been arrested. No details were given about them.

There were also reports that some families were moving out of their homes fearing violence.

In Nairobi and Eldoret, a team of politicians and religious leaders appealed for calm and urged President Uhuru Kenyatta and Mr Odinga to ensure that the country does not plunge into chaos.

Governor Mandago said he was worried about the security and the peace of his constituents.

â€œMy stand and that of the police was that the rally be held when there is no tension. It was not an objection but some advice from me as a leader who knows the state of my county,â€ added Mr Mandago.

A number of leaders in the county fear the rally may end the calm that had been restored in the region following the 2007 post-election violence.

County Commissioner Abdi Hassan confirmed that some people were moving out fearing for their safety.

â€œIntelligence reports have indicated that some individuals want to create disturbances but I can assure the public that security will be adequate,â€ he said.

Mr Hassan said the security team had told leaders that it was not advisable for any political meeting to be held in Eldoret at this time.

By Thursday evening, there were no activities at the venue, but the local organising committee said booking and other final arrangements were underway.

Mr Mandago said what mattered most was peace in the county and anything that may disrupt it should not be allowed.

â€œThe concerns were that we had worked so hard in bringing back the peaceful co-existence that we almost lost in the skirmishes and we wished the Cord meeting could not come at this time,â€ he said.

â€œOur concerted efforts to meet the former Premier have been unsuccessful due to the heightened political activities and tension,â€ said Cannon Karanja at a press conference in Eldoret on Wednesday evening.

He was speaking on the sidelines of a three-day cohesion and integration conference attended by elders from the different communities living in the Rift Valley and Nyanza regions.

â€œWe have freedom to reject your (Raila) rallies that have a likelihood to polarise our people. You should not interfere with our healing process,â€ said Mr Lowoi at a press conference attended by eldersâ€™ representatives.

The elders included Major (retired) John Seii, the chairman emeritus of the Myoot Council of Elders, Mr Adera Osawa, the secretary general of the Luo Council of Elders and Mr Joseph Gichuru, a trustee of the Gikuyu Embu Meru Association (Gema).

The leaders also asked area residents to boycott the rally.