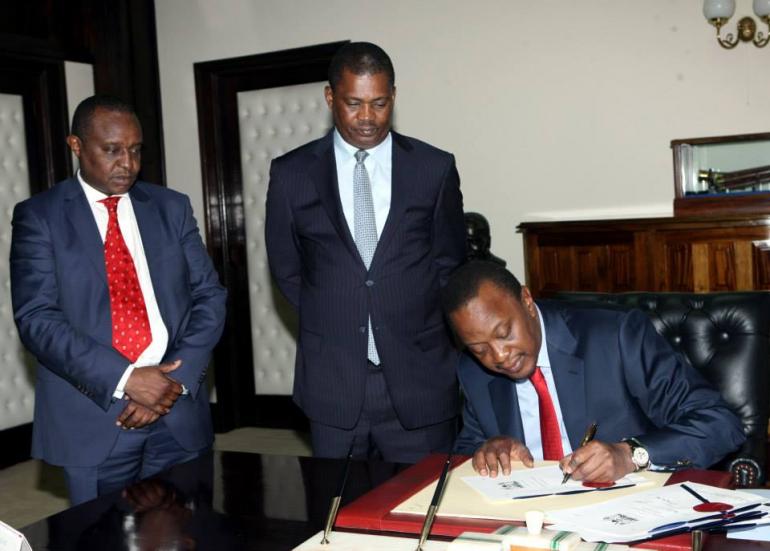 President Uhuru Kenyatta has signed into law the CONTROVERSIAL MEDIA COUNCIL BILL among other bills, what a better way to reward Kenyans with such a draconian piece of legislation; here is the full statement as issued by the president’s Press >>

Others are the Media Council Bill, the Insurance Motor Vehicle Thirty Party Bill, the Truth Justice and Reconciliation (amendment) Bill and the Vetting of Judges and Magistrates (amendment) Bill. The Bills were passed by the National Assembly in the last two months. The House has so far passed 21 Bills with 19 others at various stages of enactment.