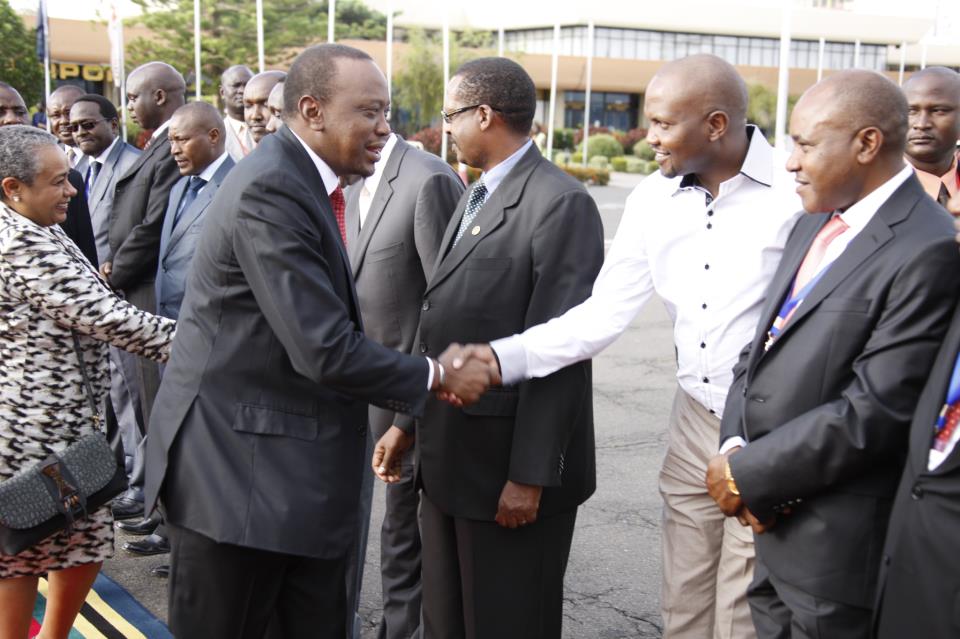 Moses Kuria is a well known statehouse operative, so, when he claims on social media that both Hon Ababu Namwamba and Adan Keynan are ‘our boys’ it must be interpreted with seriousness. Now, here is the Facebook post that caught many so called #TeamAbabu by surprise. How you interpret it depends purely on your knowledge of public affairs the lens chose to see through.

BUT come to think of it, since Hon. Ababu Namwamba assumed chairmanship of the powerful Public Accounts Committee (PAC) of the national assembly, the committee somehow lost its glory, its a toothless dog- no summons have been issued despite several cases of malpractice in the Jubilee government, an example are the rogue civil servants giving president Uhuru headache, just the other day Uhuru him,self claimed Harambee house was a den of corruption, officials there had set up a special account to spend the vote allocated to statehouse, any reason why the Ababu led committee never summoned the officials implicated? what about the Standard Gauge Railway tender?

“In a Jubilee dominated bunge, there are only two CORD chairmen of committees. One is Adan Keynan. The other is Tawfiq Ababu Namwamba.Vijana wetu. Kazi safi”

What exactly does Moses Kuria mean by referring to Adan and Ababu as “vijana wetu”? and what is this “kazi safi” that Ababu has done for Jubilee?

What happened to PAC? under the chairmanship of Ababu the PAC is like a sub branch of the executive? remember the days when PAC was chaired by Jaramogi, Matiba, Obwocha, Magara, Bonny Khalwale et el. Is it that Ababu is incompetent? he does best at road caravans/shows (read CORD EFFECT) BUT when it comes to real policy paper work he delivers zero? So, how will Ababu perform as the ODM SG if PAC under his chairmanship is as dead as Jubilee promises? By the way, what did he achieve as Sports minister? We wish Ababu the ODM SG the best!

Wahome Thuku says:>
I knew Mr Ababu Namwamba in person long before he was elected MP. I can tell you he is the easiest man for Jubilee to compromise. That is why he is ever so vocal to cover up. He made a shift from ODM during Kibaki time when something about him and Maize came up. He then “went back” . He made another shift during the election petition against him last yr and when he won he went back to ODM. Raila knows very well that it will only require the govt to investigate something about Namwamba and he will go crying to Ruto for mercy. Now you dont want such a man as the ODM spokesman. So as long as AN contests the SG seat no elections will ever be held in ODM.