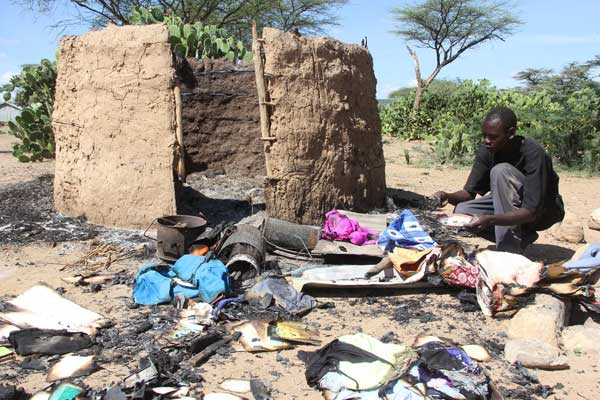 By AB Murage Egh
Searching and recovering illegal fire arms in Rift Valley is welcome but Uhuru Kenyatta and Julius Karangi’s 15,000 army must STOP burning the houses, raping women and children and beating the youth to death in the name of recovering guns. It’s a grave ABUSE OF HUMAN RIGHTS.

Was the attack on the APs deliberate to find reasons to descend on the people of Rift Valley? What interests does the TNA government have in an area said to be of great natural resource potential? Did the government deliberately refuse to act in time when a distress call came from this area on the fateful day of attack? Why was there no back up sent even after Nairobi wad requested to do so. Why was there no action until until someone visited the area? Why did someone in Statehouse not answer his phone call when the “bosses” in Nairobi were trying to contact him for direction?

And you bet after this operation, no one will tell you how many guns have been recovered. ONLY BODIES OF DEAD PEOPLE AND CHILDREN INFECTED BY AIDS!