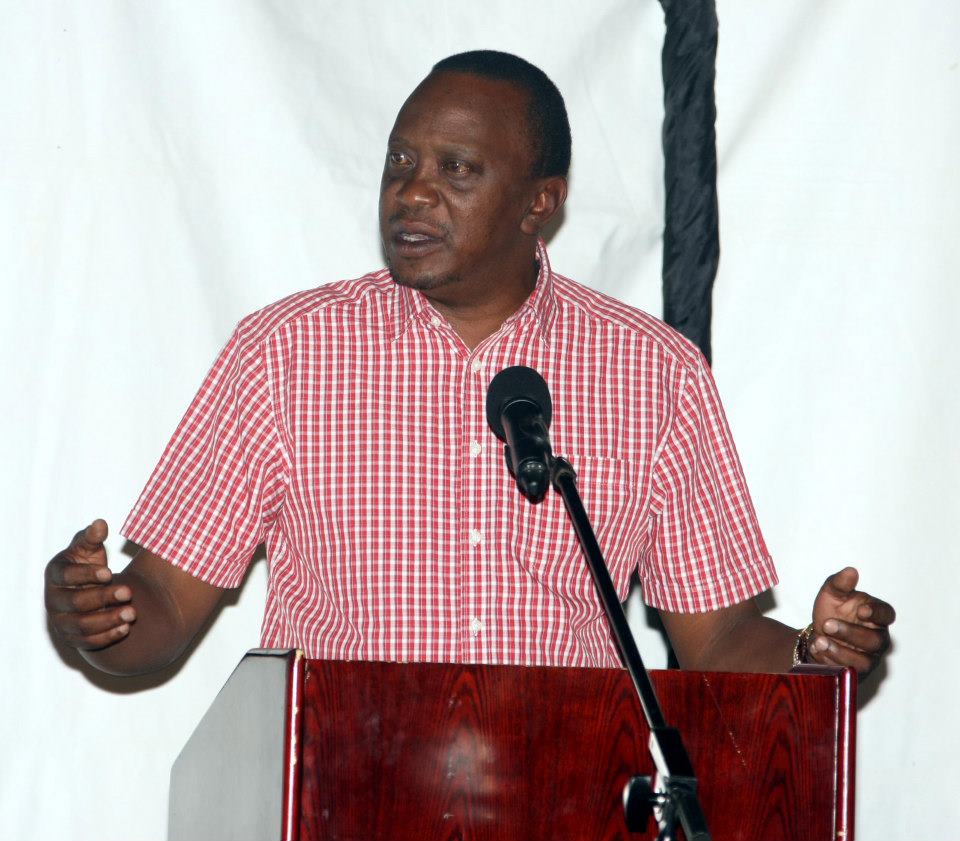 Uhuru Kenyatta has offered apologies for a derogatory remark he made yesterday Wenensday the 27th March 20013Â  in Naivasha. In his facebook page Uhuru said he respects the Supreme Court judges.

Here below is Uhuru’s full statement

I met with elected MPs, Women Reps and Senators from the Jubilee Coalition and made it clear that there are three Arms of Government: Deputy President-Elect, Hon. Ruto and I represent the Executive Arm. I told them that we are ready to get to work; however there is a petition in court over our election – yes, I said it is pending before six guys and we have to await their decision. However, the Legislative Arm of Government must go on and we challenged them together with my Deputy to begin the Jubilee agenda in the National Assembly and in Senate without delay.

In referring to the Supreme Court Judges, my language may have been casual and not 100 percent correct but there was certainly no disrespect. I am used to being called Kamwana and appreciate that people refer to me fondly as such despite my official designation. The spirit and context in which I made the comments is that we must await the decision of the Supreme Court on the way forward for the Executive arm of Government; but that the other arms especially the legislative must begin working with immediate effect.

We respect the Supreme Court and we will await its verdict. It was not my intention to sound casual in reference to our Supreme Court Judges. For that reason, I offer my sincere apologies. My informality may be interpreted as disrespect for the court and that is not the case. I will post on my YouTube page the full Clip of the Naivasha meeting in the morning…